On Saturday, the country’s military named Lieutenant Colonel Isaac Zida as leader of an interim government. But thousands of protestors gathered on Sunday in Burkina Faso’s capital, Ouagadougo, to demand that the military give up power, BBC reports. The army reportedly responded by barricading the city’s main square and opening fire at state TV headquarters, killing at least one demonstrator.

The African Union, the U.S. and the U.N. have also criticized the military takeover and expressed a desire for a return to civilian rule.

Following a meeting with key opposition figures on Sunday, a military spokesman said in a statement that the army would install “a transitional body… with all the components to be adopted by a broad consensus.” The spokesman added: “Power does not interest us, only the greater interest of the nation,” citing the army’s sacred values of honor, dignity and sacrifice.

The military has not yet given a timeframe for plans to hand over power to a consensual leader. 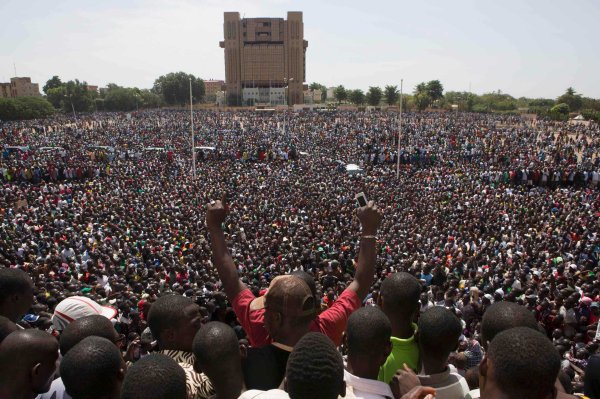 What You Need to Know About the Unrest in Burkina Faso
Next Up: Editor's Pick