Halloween Fails to Scare Up Business at the Box Office

(L to R) Pete (DOUGLAS SMITH), Laine (OLIVIA COOKE) and Sarah (ANA COTO) play the game in "Ouija", a supernatural thriller about a group of friends who must confront their most terrifying fears when they awaken the dark powers of an ancient spirit board.
Photo Credit: Matt Kennedy/Unive—Copyright: ? 2014 Universal Studios. ALL RIGHTS RESERVED.
By Nolan Feeney

Halloween wasn’t so hot at the box office this weekend.

Box office revenue was down 40 percent over last year, according to The Hollywood Reporter, probably because the spooky celebration fell on a Friday for the first time in six years.

Those who did make it to theaters this weekend wanted a scare, however. Ouija took in around $10.9 million after opening last weekend, bringing its total domestic gross to $35 million. The thriller Nightcrawler, which stars Jake Gyllenhaal and was met with positive reviews, came in below expectations with around $10.9 million as well this weekend, according to preliminary box office numbers.

Other disappointments included the 10th anniversary rerelease of Saw, which grossed $650,000, and the Nicole Kidman-Colin Firth thriller Before I Go to Sleep, which grossed only $2 million domestically — the worst opening of either actor’s careers, when inflation is taken into account.

There was some good news for some in Hollywood, however: Gone Girl became David Fincher’s highest-grossing film in North America to date this weekend. 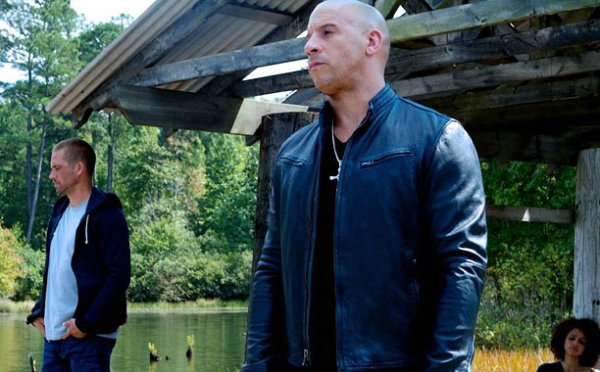 Watch the Epic New Trailer for Furious 7
Next Up: Editor's Pick