Two key Senate races that will help determine which party controls the upper chamber are effectively tied just days before the midterm elections, according to new polls.

The CNN/ORC International polls of the campaigns in Iowa and North Carolina, released late Friday, found both races to be within the margin of error. In Iowa, Republican Joni Ernst holds a narrow, two-point lead over Democratic Rep. Bruce Braley for the open seat. In North Carolina, incumbent Democratic Sen. Kay Hagan is clinging to a two-point lead over Republican state House Speaker Thom Tillis.

Republicans need a net pick-up of six Senate seats to recapture the majority. Political forecasters see that as increasingly likely, but the campaign remains very close ahead of Election Day on Tuesday.

Both polls had a margin of error of plus or minus four percentage points. 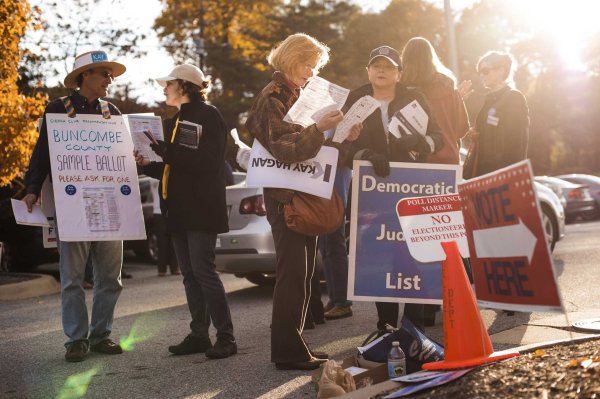