A scourge is attacking American families, threatening the health and well-being of both kids and parents. I’m not talking about drugs, or Facebook, or violent video games, or even the Common Core. It’s the Coach.

I learned about this recently, during a book tour that took me across the country for a series of media interviews and speeches, at which most of the attendees were parents of teenagers. Not long ago, parents most often asked me questions about their kids’ school performance or sought my help in figuring out whether their child needed professional help for a mental-health problem. On this trip, though, parents’ questions and concerns most often involved how to break the grip that organized sports had on their family’s life.

At one of my readings, in an affluent suburb, the room was filled with mothers of high school students. After I’d finished and asked for questions and comments, one parent stood, shaking with anger, and said, “The coach has taken over my family’s life.” Family dinners had become impossible to schedule. Her son came home from practice exhausted, barely able to stay awake, much less make time for eating and homework before retiring at midnight for the six hours of sleep he’d be able to get before rising for school the following morning. Other moms in the audience nodded vigorously.

At another stop, the mother of a 9-year-old girl regaled me with descriptions of her daughter’s achievements as a goalkeeper on a local girls’ soccer team. A few weeks earlier, her daughter had wanted to play even after she badly sprained a finger while attempting to stop a goal. The orthopedist who examined her said it was possible to tape the finger, but that resting the hand might be better. But the girl wanted to “play through the pain,” her mom told me, beaming. She was also the girl’s coach. According to recent reports, more than half of all adolescents who play sports say they have played injured. Half of all coaches say they’ve been aware that one of their players was playing with an injury, sometimes with a serious sprain or broken bones.

A group of fathers who came to hear me speak at another venue were all parents of boys who played on their high school water polo team. I confessed that I didn’t really know much about the game. “It’s vicious,” one dad said, smiling devilishly. “You try to get away with what you can underwater, where the ref can’t see it.” I asked what he meant. “Well, if you want to get the ball away from someone, you reach down and squeeze his testicles [my word, not his] until he lets go,” he said. “Or you take your nail and cut the guy’s leg until he starts to bleed.” I was stunned. “Are the kids being taught this by their coach?” I asked. “Not directly,” I was told. Perhaps because of coaches’ tacit acceptance of the practice, one-third of all adolescent athletes say they’ve been deliberately injured by an opponent. Last year, well over 1 million adolescent athletes were treated in emergency rooms.

The saddest example came from a teenager himself. I was speaking at a large urban university, and I noticed a boy who looked to be around 13 sitting with his mother in the front row. The boy had been very attentive during a long lecture that touched on brain science, school reform, evolution, parenting and public health. One of the points I stressed was the importance of challenge for healthy brain development—that the brain matured in response to experiences that demanded a little more from it than it was capable of. In the Q&A session that followed my talk, the boy raised his hand to ask the last question: “How can you tell the difference between challenge that is good for you and challenge that makes you feel stressed out?” I asked if he was thinking about school. “No,” he said. “Sports.” Nearly three-quarters of all student athletes have been screamed at by a coach, and 40% of these adolescents say they wanted to quit the team as a result.

So here’s some advice for parents:

It’s important that children and adolescents get enough exercise. I recognize that organized athletics can teach important lessons about perseverance, cooperation and character. But things have gotten out of hand when families can no longer dine together, when children play while injured, when children say they have been hurt as the result of another player’s dirty play and when teenagers’ lives are so overtaken by organized sports that they are anxious, sleep-deprived and stressed out. Yes, it is not always the coach’s fault (sometimes, parents are the culprits), and there are many coaches who genuinely care more about the welfare of their players than the number of games they win. But there are many who do not. If yours is in this latter category, your child shouldn’t be playing on that team.

Laurence Steinberg is a professor of psychology at Temple University and the author, most recently, of Age of Opportunity: Lessons From the New Science of Adolescence. 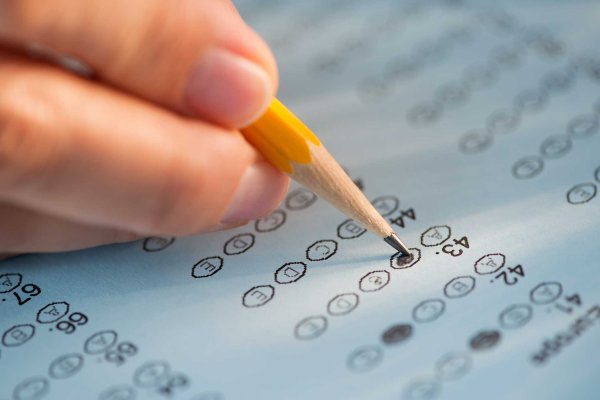 How Not To Cheat On The SAT
Next Up: Editor's Pick