It’s Halloween, which means it’s the perfect time to stir up a smoking hot gender-politics brouhaha in the Internet cauldron. This time, it’s over comedian Chelsea Handler’s nipples, and whether she should be able to post pictures of them on Instagram.

The drama started Thursday night, when Handler posted a topless photo of herself riding a horse on Instagram, to mock Vladimir Putin’s topless horseback selfie from 2009. Her photo was accompanied with the caption, “Anything a man can do, a woman has the right to do better. #kremlin.” But Instagram took the photo down, citing its Community Guidelines, which prohibit sharing of “nudity or mature content.” Handler posted the notice that her post had been removed, with the caption “If a man posts a photo of his nipples, it’s ok, but not a woman? Are we in 1825?” She then took to Twitter, calling the removal “sexist.”

Breastfeeding moms have voiced similar outrage at social networks like Facebook and Instagram, complaining that their nursing photos have been taken down for being too revealing. And pro-nudity movements like the Free the Nipple campaign have argued that nudity laws policies like this amount to “female oppression.”

See, kids love taking nude selfies, and they have notoriously bad judgement when it comes to putting stuff on the Internet. A study in June by Drexel University found that 28% of undergrads said they had sent photographic sexts while underage. Another study, published in Pediatrics in September, also found that 28% of surveyed teens admitted to sending naked photos, and 57% said they’d been asked for a sext. At the same time, Instagram is quickly eclipsing Facebook as the social network of choice for young teens. According to a survey by investment banking company Piper Jaffray, 76% of teens say they use Instagram, while only 59% use Twitter and 45% use Facebook. So if Instagram didn’t have its nudity policy, it stands to reason that teens might just start posting their naked selfies there.

This is also a question of practicality. Ideally, Instagram would be able to distinguish between a naked 13-year old and a breastfeeding mom. In reality, it would be unrealistic to expect Instagram to comb through their content, keeping track of when every user turns 18, whether the user is posting photos of themselves or of someone else, and whether every naked photo was posted with consent. And even if they could do that, would you really want Instagram calling you up to verify you knew about that whipped-cream photo your ex posted? It would be creepy.

So which is more important: the rights of a few bold comedians or breastfeeding moms to feel validated by their Facebook followers, or the privacy of people who might have their private photos posted without consent? I would side with the latter any day of the week. 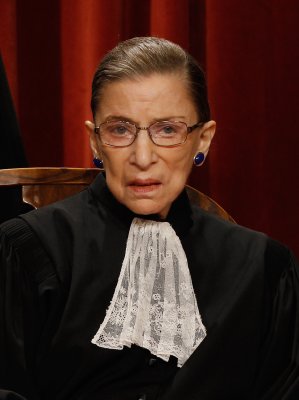 Every Infant Should Dress as Ruth Baby Ginsburg for Halloween
Next Up: Editor's Pick