In the latest research on how babies first pick up language, it turns out that gender makes a difference.

Reporting in the journal Pediatrics, Dr. Betty Vohr and her colleagues decided to look at how both moms and dads talk to their young babies. Much research has focused on how mothers engage infants, even before they can speak, but fewer studies have focused on the male side of the equation.

Taking advantage of a small recording device called LENA, which they attached to the babies on a vest for 16 hours, Vohr’s team analyzed all of the verbal interactions a group of 33 babies had (none of the babies were born premature). The recordings occurred just after they were born, while the infants were still in the hospital, and again at 44 weeks and seven months. The last two sessions were recorded on days when both the babies’ parents were home.

MORE: How to Improve a Baby’s Language Skills Before They Start to Talk

From more than 3, 000 hours of recordings, the scientists got a good snapshot of the babies’ verbal environments. And the results were both expected and surprising. When babies made sounds, moms were more likely to respond to them verbally than fathers were — “Oooo, sweetie pie, you’re talking this morning.” Mothers responded 88% to 94% of the time to the babies vocalizations, while dads responded only 27% to 33% of the time.

Perhaps because of the increased responsiveness, or because of other reasons, both boys and girls were also more likely to respond to their mothers’ or female voices than they were to male voices.

Vohr says it’s possible that mothers may use more mother-ese — the higher pitched, sing song-y conversational tone that women, more than men, tend to adopt with infants. Mothers may also pair their vocal interactions with more eye contact with the baby, encouraging them to respond more when they hear their mothers’ voices.

“It seems to me that adults talking to children is absolutely the most cost effective intervention a family could do to improve children’s language,” says Vohr, professor of pediatrics at Alpert Medical School at Brown University.

“We’re not certain why that is, but the important thing here is knowing that of critical importance in early language development is the need to encourage both parents,” says Vohr. “The more we learn about it, the more we can inform parents of the power they have in just talking and interacting with their infants to improve the long term outcomes for their child and their school readiness.”

Previous studies have documented that the amount of verbal interaction, or “conversations” babies are exposed to even before they can speak, can predict their later language skills and even academic performance in school. 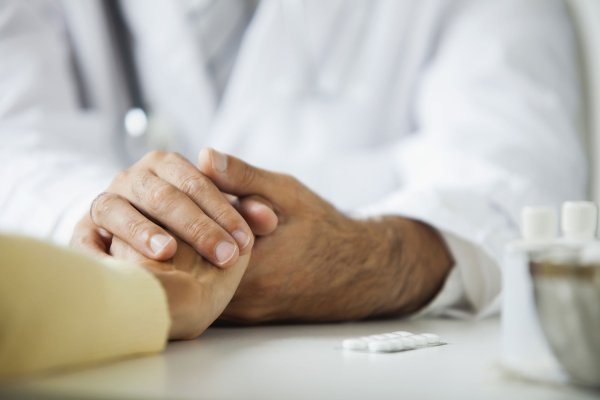 The Right—and Right Time—to Die: How Doctors Should Help
Next Up: Editor's Pick