Jennifer Lawrence’s microwave was among her most memorable costars in last year’s American Hustle. And now the appliance, and its place in the script, has gotten the filmmakers into some legal trouble.

In a brief scene, Lawrence’s character tells her husband (Christian Bale) that microwaves make food less nutritious, saying she “read it in an article. Look, by Paul Brodeur.” Brodeur has written about the hazards of microwaves but never, he claims in a new lawsuit against Columbia Pictures and the other companies behind Hustle, according to The Hollywood Reporter, that they leach the nutrition out of food.

This is not the scandal one might have expected to emerge from American Hustle, a film about the FBI’s bribing politicians during the ABSCAM sting operation that played it fast and loose with the facts, and indicated as much in its opening disclaimer. But while THR implies that a libel case will be tough to carry across (the film doesn’t quite present its events as entirely true), it seems notable that while the names of historical players (like disgraced Camden, N.J., Mayor Angelo Errichetti, portrayed by Jeremy Renner as “Carmine Polito”) get changed, Brodeur is represented under his real name and career as a way of situating the film in the time period.

The characters of American Hustle get their names changed, so as to avoid legal liability. But Brodeur, in Hustle, is not a character, rather historical window dressing. Getting his work wrong, if the filmmakers did, feels like getting a costuming detail that’s slightly off. The intention was, it seems, less to malign or misrepresent than to quickly dash off a reference that people who remembered Brodeur’s anti-microwave activism would understand — one that seemed spiritually true even if the specifics weren’t quite there. This lawsuit gets to the heart, perhaps, of why American Hustle didn’t work — the degree to which it was all references without much thought behind them. 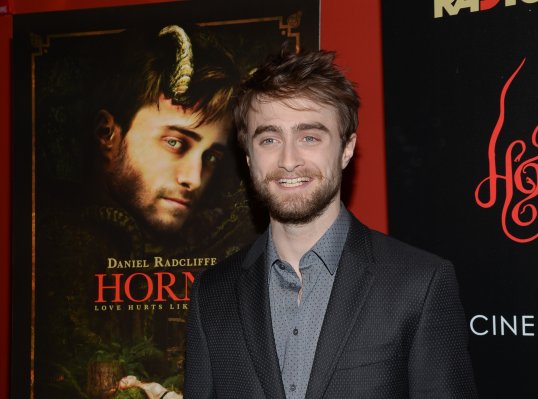 Daniel Radcliffe Doesn't Get Your Harry Potter References
Next Up: Editor's Pick