Army Lt. Gen. William Mayville, Jr., speaks about the operations to target the Khorasan Group in Syria on Tuesday, Sept. 23, 2014, during a news conference at the Pentagon.
Cliff Owen—AP
By David Stout

The American military is warning service members and their families to be a bit more vigilant amid threatens directed from or inspired by ISIS, according to a report on Thursday.

Law enforcement officers and service members were described by the Pentagon, in an internally circulated memo last week, as “legitimate targets” by the Islamic State of Iraq and Greater Syria, the Military Times reports. The message came days after a lone gunman went on a shooting rampage at the Canadian Parliament in Ottawa, killing one soldier.

The Marine Corps was also reported to send out an announcement that called on troops to report “even the most minor suspicious activity” and to be prudent when posting updates on social media. And officials at MacDill Air Force Base, overseeing the 6th Air Mobility Wing in Tampa, Fla., were said to have instructed troops to keep a low profile and avoid public affiliation with the military.

According to a dossier compiled for the U.N. Security Council, an estimated 15,000 individuals have traveled to Syria and Iraq to fight alongside ISIS and other militant organizations. The large number of fighters receiving training with such groups has raised fresh fears in the U.S. and abroad of domestic attacks should they return home. 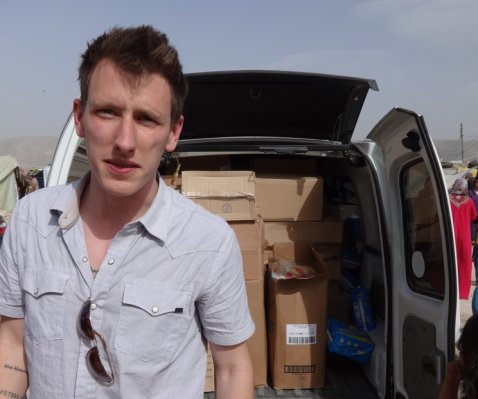