Benedict Cumberbatch Knows Exactly How Sherlock Would Be in Bed

Benedict Cumberbatch attends a screening of "The Imitation Game" on the opening night gala of the 58th BFI London Film Festival at Odeon Leicester Square on October 8, 2014 in London, England.
Samir Hussein—WireImage
By Eliana Dockterman

Do not challenge Sherlock Holmes on his lovemaking abilities.

It started out clinical: “Oooh… You know I’d get the, I’d probably test the latex, if it involved prophylactics, beforehand,” he said, before describing how he would analyze his physical suitability for the task. “Proficient, but lacking enthusiasm,” countered the interviewer. Oh how wrong she was.

“Yeah, no wait for it,” Cumberbatch replied, before going into a quite exceptional level of detail unrepeatable in a family-friendly site like this one. Suffice to say, Cumberbatch believes his character’s proficiency at the violin would give him a certain manual dexterity in the sack. The act, he concludes, would be “explosive.”

So the Sherlock writers must write this into the show now, right? Prepare to be seriously disappointed.

“I’d quite like to watch that love scene now,” the interviewer said, with admirable understatement.

“You never will,” said Cumberbatch. “It’s not that kind of program, is it?”

What a tease. This is the closest we’ll ever get:

Most Popular on TIME
1
‘You Bet Your Ass I've Got Regrets.’ As Election Day Nears, More of Trump’s Former Officials Are Speaking Out Against Him
2
Australian Man Dies Eight Years After Swallowing Slug
3
Everything You Need to Know About Nurse Ratched Before Watching the New Netflix Show 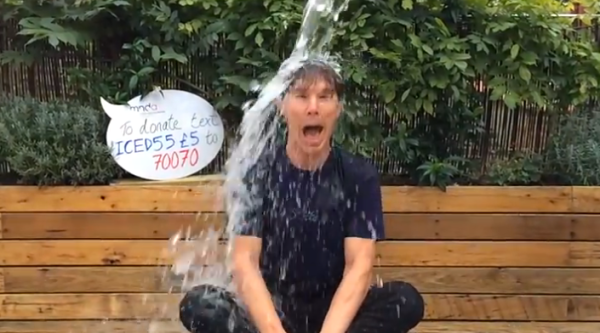