Review: Nightcrawler: Jake Gyllenhaal Wants to Take a Picture of You in Pain

According to Merriam-Webster, a nightcrawler is just an earthworm used for fish bait. There’s nothing particularly menacing about that. But Lou Bloom, the subject of writer-director Dan Gilroy’s smart, semi-profound new thriller, is no wriggling victim. He’s a predator and a parasite, a bottom feeder who’ll find you at your lowest point and bite you in the butt as he takes your picture. Lou, played by Jake Gyllenhaal with the smiling stare of a Boy Scout tinged with madness, is a freelance news cameraman; he shoots video of grieving widows, home-invasion casualties and human roadkill for Los Angeles TV stations. He’s the original Paparazzo of Fellini’s La Dolce Vita updated to the TMZ age.

The initials of that tabloid website stand for Thirty Mile Zone, the radius of glamour and tattle that stretches from the old movie studios in Burbank to the porn factories in the San Fernando Valley. That’s the beat that Lou pounds. Not long ago he was a petty thief who stole barricades from work sites to sell wholesale; basically, he was a fence fence. Then he found a more lucrative line of work and, more important, a vocation, muscling into crime scenes like a coroner with a camera. The TV news maxim “If it bleeds, it leads” isn’t a declaration of journalistic principles; it’s a simple economic assessment of the viewers’ taste for sensation, which brings the stations big money and high ratings. You want to see this stuff, up-close and purple, right? Lou’s the guy who gets it for you.

Tipped to the cool danger and commercial potential of the job by veteran cameraman Joe Loder (Bill Pitman), Lou endures some tyro humiliations before getting the gist and hiring a naïve assistant named Rick (Riz Ahmed). When he manages to secure his own view of a family crime scene, Lou finds an enabler in Nina Romina (Rene Russo), the news director at struggling Channel 6. Her crafty advice: Look for a victim, “preferably well-off and white,” so the tragedy stirs the viewer’s empathy and envy. “I want something people can’t turn away from,” she tells Lou. “Think of our news as a screaming woman running down the street with her throat cut.” Sounds like something out of a Halloween slasher movie. But why should people spend money at a theater when they can get the same stuff, for free and for real, at home?

To gauge how far media standards have fallen, think of James L. Brooks’s 1987 Broadcast News. There, the big ethical test that William Hurt’s TV anchor failed was to ask for a reaction shot of him misting up at a rape victim’s testimony. These days you’ll see that condoling frowny face on nearly TV-news emissary. The job description has devolved from being the fearless reporter of facts to being the first person who hears them and cues the viewer’s emotions. What Stephen Colbert announced on the first episode of The Colbert Report in 2005 — “Anyone can read the news to you; I promise to feel the news at you” — has festered from parody to paradigm. And, with certain stories, to paranoia about nonexistent crises: Think of Ebola as a screaming nurse running through America trying to infect everyone. That’s not the truth; it’s Truthiness.

“You know what FEAR stands for?” Lou asks Rick, and then defines the acronym as if it were a condemnation of much TV news on Ebola: “False Evidence Appearing Real.” Lou is just taking the pictures; the editors and on-air talent get to distort their meaning. But even he sees himself as an interpreter of violent news. One might call him an artist. He tells Nina that he’s “focusing on framing”: adjusting each element for compositional balance and maximum emotional impact. One difference: When he moves family photos on a refrigerator to be nearer the bullet holes, or drags a fresh highway corpse into the dead man’s car headlights, he’s tampering with a crime scene. No matter; that’s just show business. Besides, being a cinematographer of True Gore (or Truthy Gore) is not what Lou has in mind. What he really wants to do is direct — to stage a violent encounter so he can get the exclusive footage.

Plenty to chew on here: to begin with, the satire of Paddy Chayefsky’s Network updated to 21st-century local news, Gilroy, though, is less interested in pointing fingers than in painting a figure of modern derangement. Alone at home, Lou calmly waters his houseplant, irons his shirt and gets a laugh from watching Danny Kaye in The Court Jester on TV. Aside from his black-market gig, we know nothing of his past. He certainly talks a lot — in precise elocution, full of long sentences he’s memorized from self-help websites — but with the demeanor of a robot programmed to speak like a business executive in a hurry. Never does he open up to anyone about his private compulsions. And only once do we get a peek at the inner Lou: when he glimpses his frustration in the bathroom mirror and smashes it. The sliver of mirror that remains reveals his angry face.

A mesmerizing cipher, Lou is a spiritual descendant of Robert De Niro’s Travis Bickle in Taxi Driver, and of the withholding protagonists in the existential French crime films of Robert Bresson and Jean-Pierre Melville, the directors who inspired Taxi Driver screenwriter Paul Schrader. That Martin Scorsese picture, with its throbbing Bernard Hermann score, must also have been a touchstone for Nightcrawler composer James Newton Howard. But this movie has its own look thanks to director of photography Robert Elswit (who shot all of Paul Thomas Anderson’s features except The Master, plus Salt, The Town and the fourth Mission: Impossible). He brings after-dark L.A. to gorgeous, menacing life, without hosing down the streets to make them glisten. Just the opening late-evening shots of various city landmarks should earn Elswit an Oscar nomination.

At the center, and rarely off-screen, Gyllenhaal inhabits Lou with creepy authority. He ratchets down his usual fretful-puppy winsomeness to create an eloquent yet non-judgmental vessel for the character’s hollow charm, careering ambition and pestilential value system. As Lou tells Rick, “I like to say if you’re seeing me you’re having the worst day of your life.” But if you see him in Nightcrawler, you’ll have a close-up of one of the movie year’s most compelling sociopaths. He’s a conquering worm or an implacable shark — something you can’t turn away from. 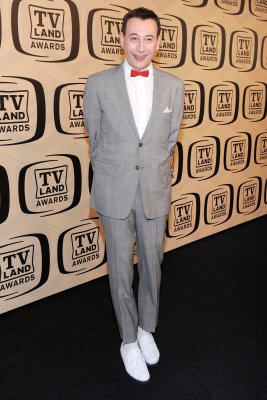 Pee-wee Herman is Coming Back to the Big Screen
Next Up: Editor's Pick