Nurse Kaci Hickox and her boyfriend Ted Wilbur are followed by a Maine state trooper as they ride bikes on a trail near her home in Fort Kent, Maine, on Oct. 30, 2014
Robert F. Bukaty—AP
By Josh Sanburn

A morning bike ride in a rural Maine town may have set in motion a chain of events that could determine how state and local governments respond to outbreaks of contagious diseases.

Kaci Hickox — a Maine nurse who recently returned from treating Ebola patients in West Africa — has remained at odds with state health officials after she was placed under quarantine even though she tested negative for the virus and has not shown any symptoms.

On Thursday, Hickox defied Maine’s isolation order, leaving her Fort Kent home for a bike ride with her boyfriend. They were trailed by state police, but the officers were powerless to stop her.

That’s because the quarantine issued by the Maine Department of Health and Human Services is considered “voluntary,” meaning the state needs a court order to prevent Hickox from actually leaving her home. State officials have filed an order to make it mandatory, and on Thursday, Governor Paul LePage tried to broker a compromise when he told ABC News that the state would drop the quarantine if Hickox submitted to a blood test for the disease. By Thursday evening, however, LePage announced that negotiations between Hickox and state health officials had failed.

“As a result of the failed effort to reach an agreement, the governor will exercise the full extent of his authority allowable by law,” LePage’s office said in a statement released Thursday. “Maine statutes provide robust authority to the state to use legal measures to address threats to public health.”

The episode could set a precedent for how infectious diseases are dealt with in the future. Public-health experts say that depending on how the court decides, the case could either further establish that states have wide latitude in deciding who can be quarantined, or bolster the argument that the civil liberties of those who have no symptoms cannot be unduly restrained, even in a time of a public health emergency.

“The court could be plowing new legal ground,” says Robert Field, a professor of law and public health at Drexel University. “The decision would only be binding in Maine, but it could influence the thinking of courts around the country.”

A court order would force the state to show that Hickox’s confinement is justified and based on medical science, but that could be difficult considering Hickox has yet to show symptoms of Ebola. She says she has been tested twice since her return to the U.S. on Oct. 24 and the result came back negative each time.

Emory University law professor Polly Price says if the court decides in favor of the Maine health officials, other states may “feel free to post armed guards outside of asymptomatic people’s houses, or confine them in an institution.”

If a judge finds in favor of a mandatory quarantine, Hickox can still appeal based on her constitutional right of due process, and her lawyers have pledged to do so.

Either way, some experts fear that the case may also have a more short-term impact on Americans still looking to help Ebola patients in West Africa, where almost 5,000 people have died from the disease, according to the Centers for Disease Control and Prevention.

“It’s a knee-jerk reaction that won’t do very much to protect the people of Maine or the U.S.,” says Susan Kim, a Georgetown University law professor. “It will, however, hurt efforts to contain the epidemic in West Africa if we treat returning health care workers like pariahs.” 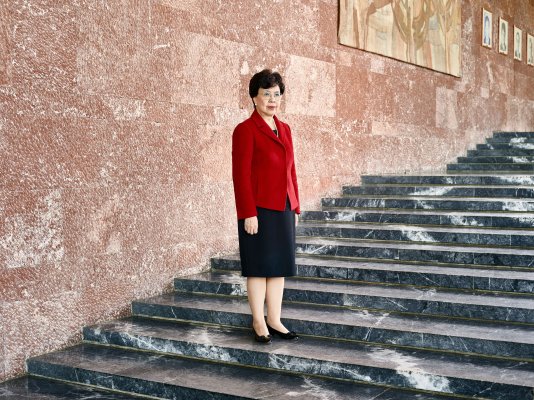 The World Health Organization Comes Under Fire for Failure to Stop Ebola
Next Up: Editor's Pick