Two weeks ago, 13-year-old Anna van Keulen died from injuries she sustained during a bike accident on her way to school in the Netherlands.

On Tuesday, her grieving father Niek van Keulen decided to do what he could to fulfill at least one of his deceased daughter’s wishes: To be famous. He tweeted out a video of Anna playing the theme song from Downton Abbey on the piano, and the heartfelt performance immediately went viral. Less than two days later, the video has been viewed almost 1.5 million times.

A day after the video went up, van Keulen tweeted, according to Google translate, “It’s overwhelming … thanks all. Anna’s goal is reached: she’s famous.”

But he wants to keep the attention directed to his daughter rather than himself. “Dear journalists: please stop calling,” he tweeted. “I do not want [to be] on radio or TV, it’s not about me, it’s about Anna. Thank you.” 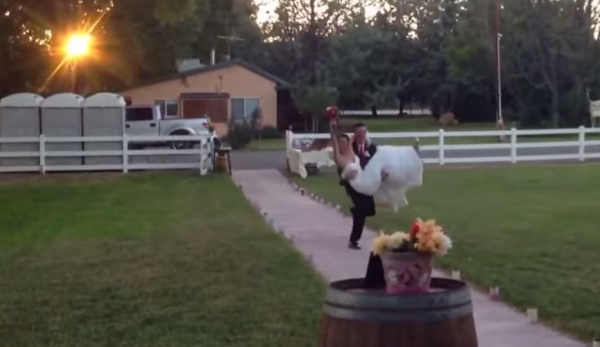 Groom Sweeps Bride Off Her Feet Only to Drop Her Seconds Later
Next Up: Editor's Pick