Forget The Avengers–Baymax, the star of Disney’s Big Hero 6, out Nov. 7, has more in common with the Michelin Man than Iron Man in this loose adaptation of a Marvel story. Designed to be a robotic nurse, Baymax (voiced by 30 Rock’s Scott Adsit) helps a prodigious 14-year-old named Hiro cope with the tragic death of his older brother, Tadashi. That doesn’t mean the inflatable robot (whom one character likens to “a warm marshmallow”) can’t be tough. After Hiro discovers that Tadashi’s death was part of a larger plot, Baymax helps him go after the villain who is responsible in this quirky superhero flick that offers equal parts heart and action.

Leonardo DiCaprio is an executive producer of Virunga, a documentary about rangers working to protect endangered mountain gorillas from poachers in the Democratic Republic of Congo’s Virunga National Park. It hits Netflix and select theaters Nov. 7.

Just a few months after taking part in a controversial debate about creationism, Bill Nye the Science Guy tackles aliens, race and genetically modified food in Undeniable: Evolution and the Science of Creation, which hits shelves Nov. 4.

Get ready to say goodbye to The Newsroom’s resident gruff news anchor Will McAvoy (played by Jeff Daniels, right, whose performance earned the actor his first Emmy in 2013). HBO’s polarizing Aaron Sorkin creation returns on Nov. 9 for its third and final season.

‘I WAS OBSESSIVE. I’M NOT SURE IT WAS HEALTHY.’

THE WEEK OF COUNTRY’S CMA AWARDS 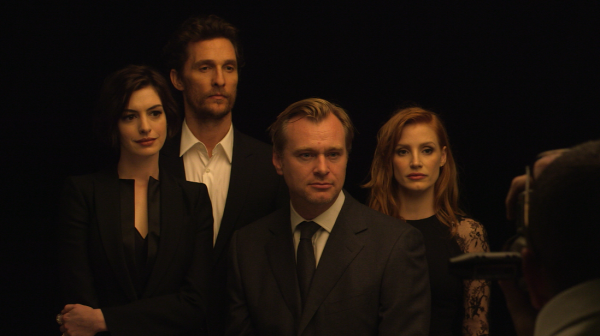