5 Things to Watch for in the Midterm Elections

Walter V. Robinson of the Boston Globe is an old-time investigative reporter. He was at the heart of the Globe’s historic coverage of the Roman Catholic pedophile scandal. He also likes to check out the résumés of military veterans running for political office; more than a few have had the mysterious habit of trying to pad their combat records. So Seth Moulton, a former Marine captain running for Congress in Boston’s northern suburbs, seemed a natural target for Robinson’s inquiries.

What Robinson found was shocking. Moulton had received two medals for bravery under fire that he’d never mentioned publicly. He hadn’t even told his parents. He asked the Globe not to describe him as a hero. “Look,” he said, “we served our country, and we served the guys next to us. And it’s not something to brag about.”

Moulton’s taut New England sense of honor is notable in a time of Styrofoam braggadocio. He stands in contrast to Greg Orman, an independent running for Senate in Kansas, who refuses to tell voters whether he’d caucus as a Republican or a Democrat–no small thing, since his first vote may determine which party controls the Senate. This has been a craven, silly campaign on all sides. It has been a boom year for incompetent candidates, accompanied by the long-term decline of those with anything interesting to say. The advertising was, as always, atrocious, but it seemed more influential than ever because of the prevailing vacuity. Important issues were raised, but there was precious little actual discussion of them. Republicans wanted to talk about the perils of illegal immigration, but Democrats, by and large, refused to make the strong moral and practical argument in favor of reform–an argument embodied in a bipartisan bill that passed the Senate with significant Republican support. And when Democrats raised the no-brainer issue of equal pay for equal work, the Republicans simply refused to engage.

On a recent trip through the South, I asked several dozen politicians of both parties to name the one big thing they wanted to accomplish in Washington. They fled specificity for the safer precincts of banality–“balance the budget” for Republicans, “work across the aisle” for Democrats. No one had the courage to cite a specific idea: Here are six anachronistic weapons systems I’d like to cut; or, We should exempt small banks from the onerous Dodd-Frank regulations. They had been schooled well. You don’t want to take a specific stand on anything you don’t have to. People might not like your position. Popular democracy always bumbles toward the trivial, but the dullness of this year’s campaign has been paralytic.

And yet there are important matters at stake on Nov. 4–not least of which is whether Mitch McConnell’s Republicans will gain control of the Senate. A week out, it was still an open question. But even if the Republicans stumble, the results could yield some hints about the immediate future of American politics. Here’s what I’ll be looking at:

Chris Matthews once called the Democrats the “mommy” party. They were the meta-mommy party in this campaign. The heart of the matter was four female Democrats in hot Southern Senate races: Alison Lundergan Grimes in Kentucky, Michelle Nunn in Georgia and the incumbents Kay Hagan in North Carolina and Mary Landrieu in Louisiana. Each emphasized women’s issues–equal pay, parental leave, abortion rights–in the hope of luring undecided, independent women to the fold. This has been page 1 in the Democratic playbook for at least 40 years. (Page 2 is scaring people about the loss of old-age entitlements.) It has been effective and still may be–but it has never before carried the electoral burden that it does this year. The alleged toxicity of Barack Obama has made it unsafe for Democrats to discuss much else.

The party was boosted by the failed Bush wars in 2006, 2008 and 2012, but Democrats have been boggled by what to say about ISIS in 2014. They’ve had no significant new ideas, foreign or domestic, on offer. And they’ve been too afraid to tout Obama’s complicated successes–the stimulus package that prevented a depression, the health care plan that may actually be working, and relative order at the border (a result of many years of security enhancements and a diminished flow of illegals during recent rough economic times). The argument on women’s economic issues is strong. It remains to be seen whether baby boomers who boast remarkable three-month, 3-D sonograms of their grandchildren will be quite so militant about abortion rights in the future. The fate of women’s issues, in the South and elsewhere, will have an impact on whether the party has to start rethinking its message going forward. It may not be able to count on Republicans’ continuing their boorish ways. Unless, of course, the conservatives win and overread the results this year.

Iowa and New Hampshire are mythic presidential-primary states; Colorado is a crucial, purple general-election state. All three have been trending toward the Democrats in recent campaigns. All three are senatorial toss-ups this year. In Iowa, the Republicans are boosted by an energetic candidate, Joni Ernst, facing a dreadful Democrat, Bruce Braley–who opened the campaign with a lawyerly slur against Chuck Grassley, the other U.S. Senator from Iowa. Grassley isn’t a lawyer–he’s well known and beloved as an Iowa farmer–and he’ll chair the Judiciary Committee if the Republicans win the Senate. This would be a big problem, Braley warned, as if lawyers weren’t considered more toxic than farmers by most Iowa voters. But there’s no excuse for the tight races that estimable Democrats Jeanne Shaheen and Mark Udall find themselves struggling through in New Hampshire and Colorado. Actually, there’s one excuse: Obama. He has been the Republicans’ one and only issue across the country, and it might well work. But what if it doesn’t? What if Obama–like women’s issues for the Democrats–is being overplayed?

This goes to the question of the Republicans’ strategy if they do win the Senate. Will they decide to make the Oval Office a veto factory by passing conservative wish-list bills, like repealing Obamacare, and sending them on to the White House? Or will they seek deals on immigration, infrastructure improvement and maybe even health care? Recent history suggests continued warfare. But that supposes that all of the American people despise the President as much as the Republican base does. The past six years have been a juvenile, name-calling fiesta for the likes of Rush Limbaugh, who prospers when Republicans are out of power. It is very tempting for the party to stay that course. I wouldn’t bet against it. But Republicans found in 1998 that compromising with a Democratic President could produce odd results, like balanced budgets and a Republican presidential victory in 2000.

The Senate race between the aforementioned independent, Greg Orman, and Republican stalwart Pat Roberts is curious. But the plight of the current governor, Sam Brownback, may be historic. Brownback has pitched his tent atop the quicksand of voodoo economics. The results are the same as when Ronald Reagan tried massive tax cuts in 1981: they have blown a giant hole in tax revenue. Unsustainable budget cuts–in education, in everything–have resulted. Brownback points out that the economy eventually revived under Reagan. True enough, but only after Reagan agreed to several huge tax increases and the tight-money magic of Paul Volcker’s Federal Reserve wrung inflation out of the system. Brownback’s Kansas disaster has caused the local Chamber of Commerce to rise up and support his Democratic opponent, Paul Davis, and this may have long-term consequences for Republicans.

The Chamber and other business groups have always opposed higher taxes and tighter regulations; their tacit support helped launch the Tea Party. But what if business groups, large and small, decide that fiscal responsibility is more important than tax cuts? Traditionally, business has also supported spending on education and infrastructure. The U.S. Chamber of Commerce and the high-tech community support immigration reform. What if the national business community follows the Kansas example and reshuffles its priorities? The Republican Party may well have to reshuffle its priorities too, and the myth of extreme supply-side economics might finally be put to rest.

Last spring I wrote about the new electoral possibilities in California, given its system of open primaries–also called jungle primaries. This allows the two top vote getters in the primary to compete in the general election, regardless of party. The aim was to rouse more centrist candidates. The mammoth 53-seat California congressional delegation has yielded only two same-party finals in 2014. In District 17, a moderate Democrat named Ro Khanna is challenging the traditional Democratic incumbent Mike Honda; in District 4, the Tea Party incumbent Tom McClintock is facing a more moderate Republican challenger, a West Point graduate named Art Moore. If the moderates win, it may encourage other centrists to try next time. But the incumbents seem to have a slight edge in both races.

In 2012, Nate Silver of the FiveThirtyEight website correctly predicted the presidential results in every state. Consequently–and since the politicians aren’t having very many rallies anymore–the press has paid even more than its usual excessive attention to polling in the 2014 campaign. Very elaborate compilations by different sources have given the Republicans a monumental advantage in taking the Senate this year. But there’s a problem: the Republicans don’t have a monumental advantage in any of the key toss-up states. The polling has most of those races within the margin of error. And polling on down-ballot races is notoriously less accurate than it is on the presidential level. I won’t be surprised if the Republicans win the election, but it is possible they won’t.

It may be too much to ask that we journalists stop trying to do what we do worst–predicting the outcomes of races–and start doing what we should do best: hounding the candidates into specific answers on difficult questions. My sense this year has been that most politicians now assume that the vexing need to deal with journalists is pretty much over, unless they commit a mouth misdemeanor or something unseemly emerges about their past. They may be right. The media aren’t as powerful as they used to be. Budgets are tighter. There aren’t as many Walter Robinsons around to unearth the last thing that the public has come to expect: the shocking positive story. 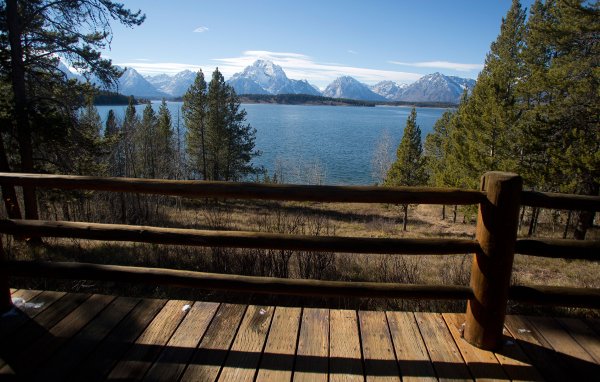 Joe Biden’s Perks and Recreation
Next Up: Editor's Pick