Vice President Joe Biden, his wife and 11 other family members spent four nights on vacation in August at a lakeside log cabin overlooking the snowcapped peaks of Mount Moran in Grand Teton National Park. The views were spectacular. And only a select few get the chance to enjoy them.

The Brinkerhoff lodge, where Biden’s party stayed, is a four-bedroom retreat owned and operated by the National Park Service. More than 20 years ago, the park service limited use of the cabin, once a scenic getaway for clouted members of government, to “official purposes” after controversy over VIP vacationing there. But in recent years, the park service has allowed top Obama officials to use the Brinkerhoff for extended stays with friends and family, raising new questions about this perk.

In addition to Biden, records obtained by TIME through the Freedom of Information Act show, at least four Cabinet-level officials, a deputy White House chief of staff and the director of the park service have brought groups to the lodge since 2011. While the park service says the trips were tied to official events, such as a tour or briefing, government officials are still supposed to pay for their guests. Most had not done so when TIME began making inquiries.

Under park-service rules, the Brinkerhoff is maintained for use by federal employees for “training and official conferences” and for those on “temporary duty in the park.” In practice, the superintendent of Grand Teton National Park, who has discretion over whether to demand payment for the lodge, has interpreted those rules broadly.

A Grand Teton National Park spokeswoman, Jackie Skaggs, says the Biden family’s visit met the internal criteria, since the Vice President received an official park briefing and tour while staying at the lodge. “With few, if any, exceptions, officials who stay at the Brinkerhoff are given in-depth briefings and/or issue tours,” she wrote in an email.

But that explanation may not stand. In response to further questions, the Interior Department said on Oct. 28 that it was launching an investigation into the management of the Brinkerhoff. “In light of inconsistencies in billing practices and ambiguity in the policy at the park, the Interior Department has directed the National Park Service to conduct an immediate review of compliance with the policy and related record keeping and to seek reimbursement, where appropriate, for use of the Brinkerhoff,” wrote National Park Service spokeswoman April Slayton in an email.

Located on the banks of Jackson Lake, the Brinkerhoff was built in 1947 by the family of Zachary Brinkerhoff, a prominent Wyoming oil-company executive. It boasts a two-story living room, an expansive deck, Western-style chandeliers and interior walls lined with knotty pine.

The park service acquired the lodge in the 1950s and turned it into one of several VIP properties used for getaways by Presidents, members of Congress and government bureaucrats. But the practice officially ended in 1992 after a public outcry. “The Secretary has concluded that the public interest will be better served by having the four existing VIP accommodations used only for official purposes,” reads a memorandum by former park-service director James Ridenour, which remains in effect. The Bodie Island Cottage, near the Cape Hatteras Lighthouse in North Carolina, was turned into a ranger station. Camp Hoover, in Virginia’s Shenandoah National Park, became a museum. And Little Cinnamon House, in Virgin Islands National Park, where former President Jimmy Carter spent nearly two weeks after losing the 1980 election, is now in disrepair.

The Brinkerhoff, however, has remained operable, and senior members of the Obama Administration have taken advantage of it. Former Environmental Protection Agency administrator Lisa Jackson stayed three nights in 2011 with her husband and five other people, including a person listed as a friend. Former Transportation Secretary Ray LaHood traveled there in 2012 for eight nights with his wife, his daughter-in-law, three grandchildren, two other adults and his son Illinois state senator Darin LaHood.

Education Secretary Arne Duncan stayed there for six nights with his wife and children in 2013. Former Interior Secretary Ken Salazar, former White House special adviser Phil Schiliro and National Park Service director Jon Jarvis also stayed at the lodge with their wives and families at different times over the past three years. All conducted some government business while there, say park officials.

Under federal policy, family members may accompany government employees who travel on official business. Additional costs incurred because of the family must be paid with personal funds. But several officials who stayed at the Brinkerhoff said there was initial confusion over their need to pay.

A spokesperson for the Vice President said his office was still waiting for an invoice from the park two months after the stay. Biden’s office said the Vice President has since personally reimbursed the park $1,200 for “renting the Brinkerhoff” for his family’s vacation. Other officials, including Duncan and LaHood, also say they now plan to send money.

What these officials pay will still be a bargain. The $179 nightly rate set by the General Services Administration for fiscal year 2015, with an extra $10 per night for each additional guest, assumes that a four-bedroom lodge is comparable to a single hotel room. The resulting cost is far below the market rate for other area accommodations, especially during peak summer tourism season. At the nearby Jackson Lake Lodge, a cabin that sleeps four, without a view of the lake, averages $250 a night in August. Homes outside the park can rent for more than $1,000 per night during the summer.

Though the Interior Department investigation is just beginning, the National Park Service is already moving to deal with the fallout. After Time began making inquiries, a computer with an IP address registered to the National Park Service made alterations to the Wikipedia page for the Brinkerhoff lodge. A phrase describing the property as a “vacation lodge” was changed to “historic lodge,” while a phrase noting the Brinkerhoff’s history as a destination for “VIP housing” was deleted. 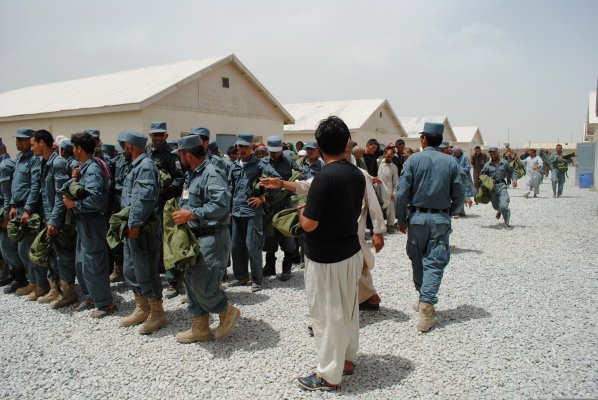