Military aircraft are seen on the tarmac during a visit by the new NATO Secretary General Jens Stoltenberg of Norway at Lask Air Base, in Poland, on Oct. 6, 2014
Kacper Pempel—Reuters
By David Stout

NATO officials have announced that an increasingly large number of Russian military aircraft have been tracked flying unannounced into European airspace this month — behavior that threatens to escalate the already taut relations between Moscow and the West.

On Wednesday, NATO claimed to have monitored at least four groups of Russian military aircraft as they conducted “significant military maneuvers in European airspace” over the Baltic and Black Seas as well as the Atlantic Ocean this week.

According to the alliance, multiple sets of Russian strategic bombers and tanker aircraft failed to file flight plans or engage in radio contact with civilian air-traffic-control officials during their forays into European skies. The crafts also refrained from using their onboard transponders during the exercises.

“This poses a potential risk to civil aviation as civilian air traffic control cannot detect these aircraft or ensure there is no interference with civilian air traffic,” read a statement released by NATO this week. “These sizeable Russian flights represent an unusual level of air activity over European airspace.”

In response, NATO allies scrambled their own jets to intercept and identify the Russian planes. Washington, D.C.–based think tank the Atlantic Council says the alliance has conducted more than 100 intercepts of Russian aircraft this year — a threefold increase in incursions since 2013.

Russia’s disregard for civilian procedures comes as relations with the West have hit new lows. In July, Washington accused Moscow of “creating the conditions” in eastern Ukraine that allowed separatist fighters to shoot down Malaysia Airlines Flight 17 with an alleged Kremlin-supplied weapons system.

Moscow has repeatedly denied having a direct hand in the felling of the flight and in turn blamed Kiev for igniting civil war in the country’s east. 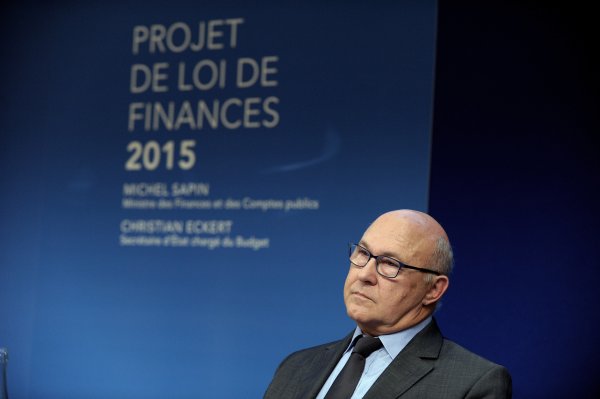 France Revolts Against German Austerity With New Budget
Next Up: Editor's Pick