The Swedish government became the first E.U. member to officially recognize a Palestinian state on Thursday.

Newly elected Prime Minister Stefan Lofven first announced the move at his swearing-in ceremony on Oct. 3, but he was not expected to follow through so soon, Haaretz reports.

“Some will claim that today’s decision comes too early. I’m rather afraid it’s too late,” writes Foreign Minister Margot Wallstrom in the Swedish daily Dagens Nyheter. “The past year, we’ve seen how the peace negotiations once again have halted, how decisions on new settlements on occupied Palestinian land have obstructed a two-state solution and how violence has returned to Gaza.”

Wallstrom writes that the recognition aims to support moderate forces among the Palestinians, make future negotiations more equal and give young Palestinians hope of a peaceful solution to the conflict.

Israel has publicly protested the move, which some believe is feeding unrealistic Palestinian expectations of working out a resolution with the international community but without involving Israel, writes the Jerusalem Post.

A total of 134 other countries recognized Palestine before Sweden. Hungary, Poland and Slovakia all did so before joining the E.U. 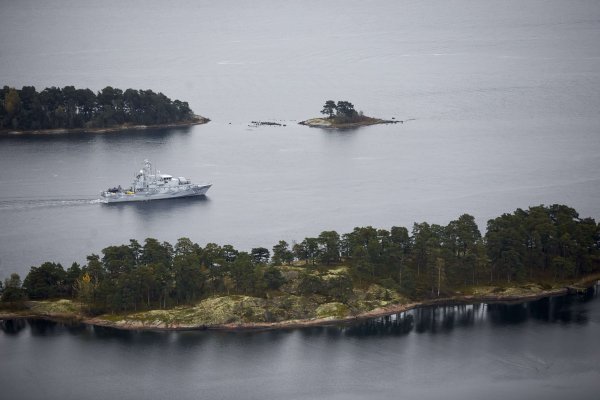 Swedish Hunt for 'Russian' Sub Recalls the Cold War
Next Up: Editor's Pick