Apple Pay competitor CurrentC defended the security of its mobile payment system in a Wednesday conference call, just hours after its parent company MCX reported that hackers had obtained some users’ e-mail addresses.

MCX CEO Dekkers Davidson said the attack, which targeted the company’s email vendor, was “not a breach” of the CurrentC app itself. He also emphasized that the incident affected mostly dummy e-mails used in the yet-unreleased service’s ongoing testing phase. Davidson also revealed that some dummy zip codes were stolen and that CurrentC’s systems had withstood several repeated attacks during the past week.

Davidson added the hack hasn’t made the company hesitant to store customer information in the cloud, a plan that’s been criticized given that CurrentC’s main competitor, Apple Pay, doesn’t collect any traceable information at all.

“In terms of consumers’ information and any payment credentials, they’re not stored on a device. They’re not actually present in the physical world,” Davidson said. “And that we think is a design or implementation that makes it far more secure than the world we live in today, and far more secure than many of the alternatives that have been advanced over the last few years.”

While MCX is a joint venture by retailers in order to create a retailer-owned payment system, Davidson said that the service is “first and foremost” about customer engagement. Part of that customer engagement will include a consumer privacy dashboard so that users can elect what information, if any, they would like to share with merchants.

MCX has been under scrutiny after reports suggested that MCX members CVS and Rite Aid disabled Apple Pay because of a contractual agreement for exclusivity. However, Davidson said that the company welcomes competition, and that it is the merchants’ choice whether or not to accept other forms of mobile payment. He added that MCX member retailers are not subject to fines if they choose to adopt Apple Pay, which registered 1 million credit cards in its first three days.

Davidson added that although some MCX merchants have blocked Apple Pay, MCX is open to member retailers using both Apple Pay and CurrentC simultaneously once the latter service goes public early next year.

“We have a great deal of respect for Apple, of course, and Apple Pay,” Davidson said. “We believe and our merchants believe we require two to three strong players in the space to build the ecosystem.” 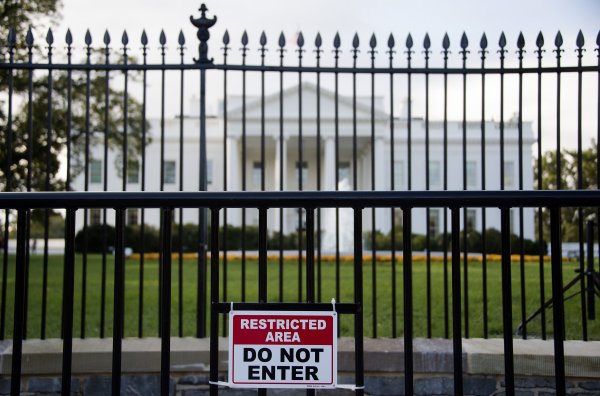 Why You Should Care That the White House Got Hacked
Next Up: Editor's Pick