Remember back in the Clinton years when the goal was to make abortions “safe, legal, and rare”? Over time, pro-choice progressives have shifted the messaging to make abortions as easy, accessible, and convenient as possible. As pro-life conservatives, we want to see as few abortions as possible. We understand and even accept that it’s legal for women to have abortions, but conservatives are right to insist that women be fully educated on what the procedure actually is before they have it. It’s right to believe that legislation requiring a woman to have an ultrasound before aborting her baby is appropriate. It’s right to require women to go through at least minimal counseling about alternatives to abortion before they go through with it. Abortions shouldn’t be easy and convenient. But if our ultimate goal is to drastically reduce the number of abortions that occur every single year, we must exercise some flexibility in our tolerance of contraception (and even emergency contraception). That’s why we support the use of birth control pills and even Plan B.

If you’re a conservative and you’re about to call us RINOs and just dismiss us because we’re not pro-life enough now, just hear us out…. Contraception has become a tricky topic for pro-life folks. Birth control pills, which have been widely used by thousands of women in the United States for decades, are now the subject of hot debate in many religious circles. And when emergency contraception like Plan B is thrown into the conversation, the debate gets even hotter.

Our research into contraception taught us three critical pieces of information: First, only about forty percent of fertilized eggs ever implant into the uterus naturally. Second, in the medical and legal communities, a pregnancy does not begin until a fertilized egg implants into the uterus. Finally, birth control pills (and Plan B) have the primary function of stopping an egg from being released by the ovaries and a secondary function of preventing fertilization of a released egg. The most recent research and studies indicate that neither birth control pills nor Plan B prevent the implantation of a fertilized egg into the uterine wall. And even if they did, they would not be considered abortifacients, because abortifacients, by definition, terminate pregnancies (which, again, do not begin until a fertilized egg implants). Contraception prevents pregnancies. This distinction is important.

The immediate reaction to this by the staunchest of pro-lifers is typically, “But life begins at conception!” We don’t disagree. But in order for that life to develop, a pregnancy must occur as defined above. If you are opposed to all forms of synthetic hormone contraception or IUDs because of the very unlikely possibility that those forms of birth control might prevent a fertilized egg from implanting into the uterus, we congratulate you on your purism, but would also ask you how exactly that purism helps the cause to reduce the number of abortions? If you’re expecting that every American woman is going to limit her contraception method to either condoms or the practice of “natural family planning,” and you also expect that this thinking is somehow going to result in a decrease in abortion, then with all due respect, you are high.

Since pregnancy doesn’t actually begin until a fertilized egg implants into the womb (which, again, happens less than 50 percent of the time naturally), mourning the loss of thousands of unimplanted fertilized eggs seems completely counterproductive considering that thousands of fully formed fetuses with beating hearts are killed via abortion every single day. If your definition of abortion includes every instance of a fertilized egg failing to implant in the uterus, then you’re essentially suggesting that millions of women are murderers without even realizing it. You’re suggesting that birth control pills and IUDs are every bit as immoral as the act we normally think of when we mention the word “abortion.” We think that’s pretty unreasonable.

Women should be responsible enough that if they intend to have sex, and do not want to become pregnant, they should make sure that they are protected. But as realists, we understand that people don’t always make good decisions. Since we don’t live in an ideal world, shouldn’t we exercise some tolerance about contraceptive solutions in order to ensure women don’t get abortions well into their established pregnancies? When faced with the choice of seeing a woman getting Plan B the morning after she has unprotected sex or seeing her abort a baby later in gestation, wouldn’t we all prefer the former? Wouldn’t every pro-life person prefer that?

We must recognize and accept that abortion is legal. There is no indication that this is going to change. Put simply, outrage about abortions won’t stop abortions. And neither will opposition to forms of contraception that, in all likelihood, prevent a huge number of abortions. We believe conservatives should focus on areas where we can make some actual headway on this issue. While we love the idea of simply teaching our kids abstinence and promoting sex within the confines of a committed marriage, that’s not necessarily realistic. We believe that what can realistically help abortions become more rare (which is what all of us want) is balanced encouragement of birth control options and a broader tolerance of emergency contraception, particularly if it will prevent later-term abortions.

Conservatives are right to value and protect life, but we’re also right to avoid damaging our own causes with impossibly unrealistic goals. And we’re right to make strides in this movement in the best, most realistic ways that we possibly can.

Amy Jo Clark and Miriam Weaver are the authors of Right for a Reason: Life Liberty and a Crapload of Common Sense. They write the popular Chicks on the Right blog as well as a regular column in The Indianapolis Star, and host a daily drive-time radio show on WIBC in Indianapolis. Clark was previously a medical writer and communications consultant; Weaver previously worked in human resources. They live outside Indianapolis with their husbands and children. 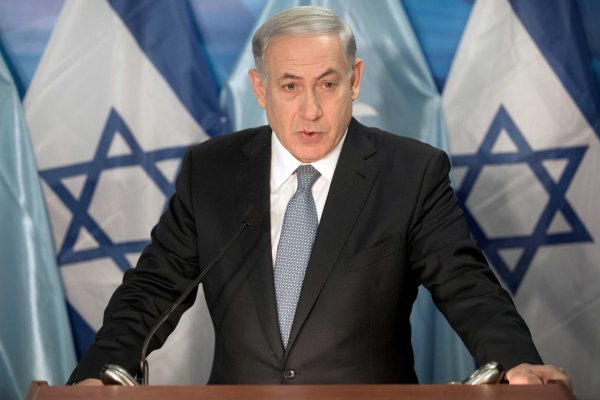 Obama's Unprecedented Attack on Israel
Next Up: Editor's Pick