This Is the Best iPhone 6 Case So Far

After surveying almost 1,000 Wirecutter readers and testing 60 iPhone 6 cases over a period of about 30 hours (so far), our current pick for the best all-around case is the NGP from Incipio. The NGP has protected several generations of iPhones (and many other devices) and has a reputation for providing solid protection and a good fit. It’s slim enough to not detract from the iPhone 6’s svelte dimensions, while still offering comprehensive protection for the handset’s body, including its buttons. Openings along the bottom allow for compatibility with a wide range of accessories.

Truth is, there are plenty of good iPhone cases out there. A bad case is actually a pretty rare thing. But in looking for a few cases that work for most people, we sought out a case that can adequately protect your phone without adding too much bulk or unnecessary embellishments while doing so. Apple sets forth very specific guidelines for case developers. The main thesis: “A well-designed case will securely house an Apple device while not interfering with the device’s operation.” It goes into much deeper specifics.

A respectable degree of shock absorption is important, as is a tight fit. The case should cover as much of the iPhone’s body as possible, including a raised lip around the glass display to keep it from laying flat on a surface. The best cases offer button protection with great tactility, mimicking or in some instances even enhancing what you’d feel with a bare iPhone. Based on these criteria, plastic shells are automatically out of the picture.

Incipio’s $20 NGP is the best iPhone 6 case for most people because it offers full body protection from drops and scuffs while adding minimal bulk. Including the protective lip around the screen, the case adds a little more than 2mm to the total depth of the handset, which is about half the extra thickness of our previous pick, the CandyShell. While those with butterfingers may benefit from the extra protection of the CandyShell’s dual-layer design, the NGP’s slimmer but still shock-absorbent design offers the best compromise between protection and aesthetics.

The NGP is made out of a single piece of flexible polymer material that the company calls Flex2O. This sounds fancy, but it’s really just a variant of standard thermoplastic polyurethane, which you may know as TPU. But there are a lot of TPU cases that can be had for half as much as the NGP, so why pay extra? It comes down to the little things, like fit, button feel and quality control.

As with all good cases, port openings are properly aligned, and the button protection doesn’t dampen the clicking sensation. Buttons depress readily without requiring noticeably more pressure. This is important because even a little unpleasantness adds up to a lot of annoyance when repeated dozens of times daily.

There are only two small issues with the NGP case. The first is the height of the lip. At 0.6mm tall, it falls below the 1mm threshold Apple recommends in its case developer guide. We feel it’s large enough to still adequately protect the screen.

The other issue is a trifle. There’s a black ring around the camera opening, which is meant to help prevent color issues when the flash is used. On our review unit, the paint is slightly uneven. It’s not so bad that it’ll have an effect on pictures, but perfectionists may notice the uneven paint job.

If you’re the type of person who’s always cashing in on AppleCare, we suggest something with more protection, like Speck’s CandyShell ($35), our previous top pick. The two layers of material — plastic on the outside, rubber on the inside — offer more protection than cases that are just one or the other. It’s 10.9mm thick, which puts it on the chunky side, but it doesn’t feel as thick as it is. It’s also one of the only cases we tested that meets military drop test standards. There’s a wide range of colors available, and variants add rubbery grips (CandyShell Grip), credit card holders (CandyShell Card), or graphic prints (CandyShell Inked).

If you’re trying to replace your wallet, we recommend CM4’s Q Card Case ($40). Without any cards in it, this case is only about a millimeter thicker than the standard CandyShell. The body is sturdy rubber, and it fits securely while protruding to form a 0.8mm lip. On the back, there’s a faux leather pocket that can hold up to three cards, plus some cash. With Apple Pay activated, carrying so few cards is becoming even more viable for most people, making this case more practical than it would’ve been in the past.

There are a lot of good choices when it comes to the early batch of iPhone 6 cases, but the best pick is the NGP. Very protective without sacrificing aesthetics, it’s going to be the case to beat going forward. We’ll continue to test it over the long term and see how it fares as newer cases are released. 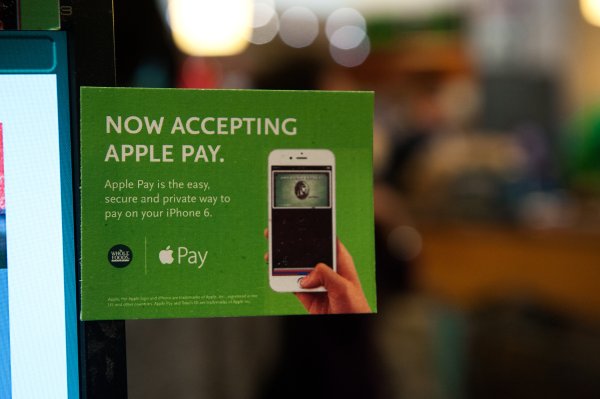 This 1 Number Shows Why Retailers Shouldn't Turn Off Apple Pay
Next Up: Editor's Pick