Sorry, But Media Coverage of Pope Francis is Papal Bull

Pope Francis leaves at the end of his general audience at St Peter's square on Oct. 29, 2014 at the Vatican.
Gabriel Bouys—AFP/Getty Images
By Elizabeth Dias

It is official: the media has gone bananas in its coverage of Pope Francis.

The OMG-Pope-Francis-Supports-Evolution story of the past two days is just the latest example. Almost every news outlet, major and minor, has plastered Pope Francis’ name across the interwebs and proclaimed he has finally planted the Catholic Church in the evolution camp of the creation-evolution debate. The only problem? Almost every outlet has got the story wrong, proving once again that the mainstream media has nearly no understanding of the Church. And that madness shows no signs of stopping.

Pope Francis’ real role in this evolution hubbub was small. He spoke, as Popes do, to the Pontifical Academy of Sciences on Monday, which had gathered to discuss “Evolving Topics of Nature,” and he affirmed what Catholic teaching has been for decades. “God is not a divine being or a magician, but the Creator who brought everything to life,” he said. “Evolution in nature is not inconsistent with the notion of creation, because evolution requires the creation of beings that evolve.”

Anyone who knows anything about Catholic history knows that a statement like this is nothing new. Pope Pius XII wrote an encyclical “Humani Generis” in 1950 affirming that there was no conflict between evolution and Catholic faith. Pope John Paul II reaffirmed that, stressing that evolution was more than a hypothesis, in 1996. Pope Benedict XVI hosted a conference on the nuances of creation and evolution in 2006. There’s an official book on the event for anyone who wants to know more. Pope Francis’ comments Monday even came as he was unveiling a new statue of Pope Benedict XVI, honoring him for his leadership.

None of that seems to matter to the media; the internet exploded all the same. Site after site after site ramped up the Pope’s words and took them out of context. Headlines like these added drama: NPR: “Pope Says God Not ‘A Magician, With A Magic Wand.’” Salon: “Pope Francis schools creationists.” U.S. News and World Report: “Pope Francis Backs the Big Bang Theory, Evolution” (with a subhed: “Also, the pontiff says he’s not a communist”). Huffington Post. Sydney Morning Herald. Telegraph. USA Today. New York Post. The list goes on and on. Only Slate did its homework.

Wednesday morning the stories continued with new, analytical twists. The New Republic came out with a story titled, “The Pope Has More Faith Than the GOP in Science.” The Washington Post posted a piece, “Pope Francis may believe in evolution, but 42 percent of Americans do not.” It doesn’t seem to matter that Pope Benedict XVI called the debate between evolution an creation an “absurdity” in 2007. MSNBC opened its piece saying, “Pope Francis made a significant rhetorical break with Catholic tradition Monday by declaring that the theories of evolution and the Big Bang are real.” NBCNews called the Pope’s statement, “a theological break from his predecessor Benedict XVI, a strong exponent of creationism.”

This embarrassing narrative repeats itself over and over in Francis coverage. It happened last week when the Pope, again, voiced the Church’s long-standing opposition to the death penalty (having also done so in June, and after John Paul discussed the topic at length in an entire encyclical on being consistently pro-life in 1995). It happened at the Synod of the Bishops on the family, when the bishops talked about welcoming gays and the media whipped that up into an inaccurate story about an enormous policy shift toward gay marriage.

That’s dangerous, especially because this furor seems to occur most often when hot-button Western political issues can be tied to the Pope’s statements—evolution, death penalty, gay marriage. Wednesday morning, Pope Francis asked for prayers for 43 Mexican students who were burned alive by drug traffickers. It is unlikely that that will get the same pickup.

Moral of this story: Don’t believe most of what you read about the Vatican. Papal coverage has gone wild.

Read next: Southern Baptists Strike a Different Tone than Catholics in Conference 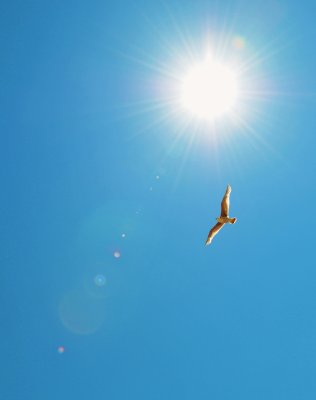 What Christianity Without Hell Looks Like
Next Up: Editor's Pick