Every national election gets candidates talking about their taste in television and movies. This is how we found out, two years ago, that Modern Family was just about the only thing that Mitt Romney and Barack Obama agree upon. But candidates for office have to speak carefully in order to please their constituencies, whereas people with lifetime appointments can say whatever they like.

Supreme Court Justice Ruth Bader Ginsburg’s recent declaration that she didn’t find anti-Semitic tones in the controversial new opera The Death of Klinghoffer, about a Palestinian terrorist group’s hijacking of a cruise ship in 1985, is interesting on its face as another entry into the heated debate over the opera. It was also proof positive of Supreme Court Justices’ unique place in the culture: They’re people who are simultaneously able to speak their minds publicly without fear of losing their jobs (New York City Mayor Bill de Blasio, defending the opera, relied on a free-speech argument without getting into content), and are widely seen as especially learned. When they break their silence on culture, Justices are presumably speaking freely, and their statements, preferences, and cultural choices would seem to carry special weight.

Ginsburg and Justice Antonin Scalia are both outspoken opera fans, for instance, and have used the press to promote favorite opera recordings. This is in line with the ivory-tower expectations around Supreme Court Justices (though it also sheds light on Ginsburg and Scalia’s by-all-reports collegial relationship). Scalia’s professed fondness of Duck Dynasty and Seinfeld in a New York magazine interview last year was yet more revealing: This was a person, unlike a presidential candidate, who made no attempt to present as caught up with contemporary culture (which he dismissed as coarse). His declaration that he’d watched a single episode of the A&E reality show and had “some CDs” of the NBC sitcom showed a far broader audience his philosophy of staying aloof from the ups and downs of intellectual trends than any judicial opinion could have.

Clarence Thomas, who is the tersest of the justices during oral argument, has said he frequently watches Saving Private Ryan at home but “can’t tell you why except we have it and it’s about something important in our lives — World War II.” Sonia Sotomayor has helped to humanize her position through her well-publicized love of salsa music and Major League Baseball (in her confirmation hearings, she compared the associate justice position to that of an umpire). And Chief Justice John Roberts loves both Dr. Zhivago, which he discussed at such length at a judicial conference that the Christian Science Monitor compared him to a “USC film school grad.”

It’s easy to see why the Justices get asked so many questions about their cultural consumption in the Stars-They’re-Just-Like-Us era: It would seem to shed some light on what very smart people think is worth watching, and also gives us real insight into the inner workings of some of the most influential people in America, who have no incentive to answer dishonestly — or to answer at all. (Not every question asked, though, gets an answer: During her confirmation hearing, Elena Kagan couldn’t say whether she was “Team Edward” or “Team Jacob,” which may speak well of her.)

The Supreme Court remains the least visible of the three branches, because its members don’t have to do interviews about what frivolous culture they enjoy in order to keep their jobs; they could just keep influencing our lives without granting much insight into who they are and what they watch. That’s exactly why it’s so important that they do it. 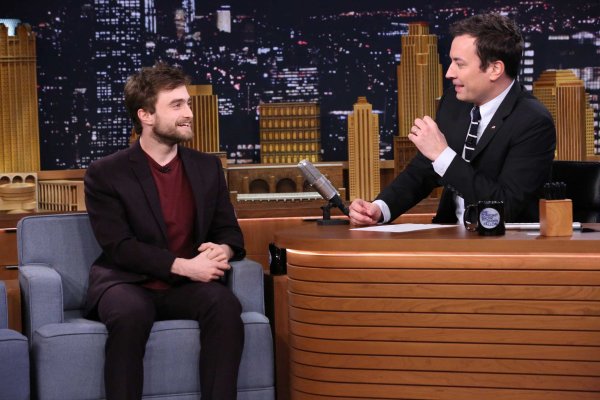