The Ebola health worker who was the first person forcibly quarantined under New Jersey Gov. Chris Christie’s controversial health order said Wednesday that she would defy the voluntary quarantine policy of her home state of Maine now that she’s returned there.

In a live interview Wednesday with NBC’s Today, Kaci Hickox said she believes the strict quarantine policy instituted in New York, New Jersey and other states “is not scientifically nor constitutionally just.” Hickox, who helped treat Ebola patients in Sierra Leone, said she will go to court Thursday morning to challenge her quarantine in Maine.

“I am not going to sit around and be bullied by politicians and forced to stay in my home when I am not a risk to the American public,” Hickox said. “I do understand that [Ebola] has created a lot of fear, but we still have to make policies based on evidence.”

Maine Gov. Paul R. LePage, who is in a tight race to seek reelection next week, issued a statement Wednesday saying that his office is seeking “legal authority to enforce the quarantine” on Hickox.

“We are very concerned about her safety and health and that of the community,”said LePage. “We are exploring all of our options for protecting the health and well-being of the healthcare worker, anyone who comes in contact with her, the Fort Kent community and all of Maine.”

LePage said that Maine state police are monitoring the residence where Hickox is staying in Fort Kent “for both her protection and the health of the community.” Reporters confirmed police were parked outside on Wednesday.

Christie and New York Gov. Cuomo hastily announced a plan on Friday night to quarantine all health workers returning from West Africa who, like Hickox, had dealt with Ebola patients. Other states, including Maine, have introduced similar, though less stringent measures.

The policy in New York and New Jersey, which went beyond the Centers for Disease Control and Prevention’s guidelines and was strongly criticized by the medical community and the Obama administration, was instituted after another health worker, Dr. Craig Spencer, developed Ebola symptoms in New York City after returning from west Africa.

Hickox, who has returned home to Ft. Kent, Maine after being quarantined briefly in New Jersey, said she does not plan on sticking to the guidelines for the full 21-day period, but will continue to monitor her own health.

“You know, I don’t plan on sticking to the guidelines,” she said on NBC. “I remain appalled by these home quarantine policies that have been forced upon me, even though I am in perfectly good health and feeling strong and have been this entire time completely symptom-free.”

Doctors Without Borders, the organization that employed Hickox, issued a strongly worded statement Wednesday condemning blanket quarantines for healthcare workers. “Such a measure is not based upon established medical science,” the organizaton said in a statement. Doctors Without Borders “respects Kaci’s right as a private citizen to challenge excessive restrictions being placed upon her.” 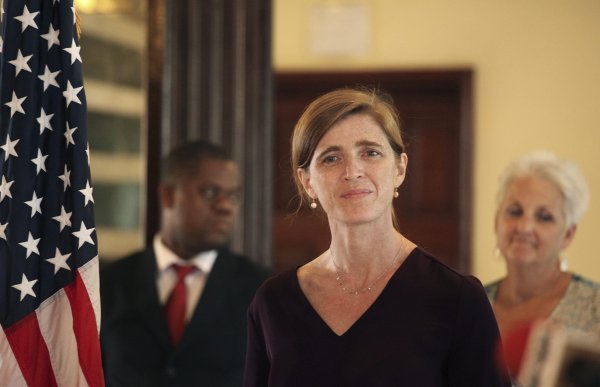 U.S. Ambassador 'Blown Away' by Liberia Ebola Clinic
Next Up: Editor's Pick