Oderus Urungus of Gwar performs on stage on Day 1 of Riot Fest and Carnival 2013 at Humboldt Park on September 13, 2013 in Chicago, Illinois.
Daniel Boczarski —Redferns via Getty Images
By Melissa Locker

Brockie, who is perhaps better known as Oderus Urungus of the over-the-top jokey metal institution Gwar, has died. Richmond, Virginia police found him dead in his home yesterday. A cause of death has not been released. He was 50.

Brockie co-founded the mask-wearing thrash metal band in 1984 and was the only permanent member in the band’s gory, theatrical 30-year history.

The twice-Grammy nominated and Beavis and Butthead-beloved cult band was renowned for its wild, messy live shows. On stage, Brockie played Oderus Urungus, a 43 billion year-old alien from the planet Scumdogia who enjoyed spraying down the audience with fake blood and other eviscera between their grinding, loud metal songs.

“Dave was one of the funniest, smartest, most creative and energetic persons I’ve ever known,” former GWAR bassist Mike Bishop told Style Weekly, which first reported the musician’s death.

While the band was able to survive the 2011 loss of guitarist Cody Smoot, it’s hard to imagine GWAR carrying on (let alone playing the 2015 Super Bowl Half Time Show) without Brockie at the helm.

Here are seven videos to remember Brockie and his band’s (often NSFW) contributions to the performance art thrash metal oeuvre:

Here is the band during their appearance on the Jerry Springer Show:

Here is the band covering Kansas’s “Carry On My Wayward Son”:

And here they are trick or treating:

Here they are performing “Let Us Slay”

Here they are on the Joan Rivers Show:

Here they are on Beavis & Butthead: 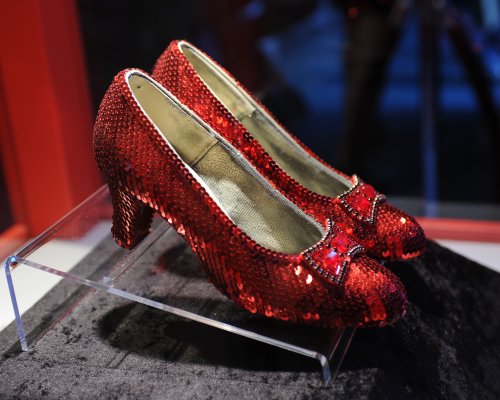 See the 10 Most Iconic Movie Props Ever Sold
Next Up: Editor's Pick