The Real Student Debt Problem No One is Talking About

An Army veteran, Anthony Manfre paid for his associate’s and bachelor’s degrees mostly with his GI Bill benefits, although he also took out $4,000 worth of student loans.

“At the time, I thought that was a lot,” he says. “And now I look back and wish I only owed that much.”

That’s because Manfre went on to graduate school, picking up a master’s degree before setting off on the long road to a doctorate in marriage and family therapy while borrowing to also pay his living expenses. And now he’s $200,000 in debt.

“In the back of my mind I was always thinking, this money is an investment — that later on, when I graduate and get a job, I’ll be able to pay it off,” says Manfre, who earns $61,500 a year working for the Veterans Administration. “But now I don’t think I’m going to get the return I thought I would.”

Much of the concern about ballooning student debt has focused on undergrads taking out steep loans to pay for the rising cost of college. Largely overlooked are a principal source of the problem: graduate students like Manfre, who are less likely to have support from parents or other sources, and who face almost no limits on how much they borrow.

Graduate students now collectively owe as much as 40 percent of the estimated $1.2 trillion in outstanding student debt, according to the New America Foundation, even though they make up only 14 percent of all university enrollment.

“People focus on the undergraduates, because there are more of them and they’re younger and more naïve,” says Joel Best, a professor at the University of Delaware and coauthor of The Student Loan Mess. “They aren’t really paying attention to graduate students, but graduate students are really stacking up substantial student-loan debt.”

This indifference helps graduate programs get away with continually increasing their prices, Best says. “They can charge whatever they want and say to themselves that they don’t need to worry about it, the students can get loans.”

It has also freed lawmakers to raise interest rates on graduate and professional students, who are being charged rates nearly 50% more than those paid by undergrads. In 2012, to save about $1.8 billion a year, Congress also stopped subsidizing the interest that accumulates on federal student loans taken out by graduate students while they’re in school and for six months after they finish. And a proposal to streamline existing federal tax credits would reduce the deductions they will be able to take for educational expenses.

Often past the point at which their parents help them pay for their tuition, room, and board, graduate students borrow an average of nearly three times more per year than undergraduates, according to the College Board. And while the average debt of undergraduates has more than doubled since 1989, according to the Brookings Institution, it has more than quadrupled during that time for graduate students.

This comes at a time when the Bureau of Labor Statistics projects that the fastest-growing careers through 2022 will require workers to have graduate degrees.

“We might have a philosophical discussion about, ‘Do you need a master’s degree for X, Y, and Z,’ but in a free and open marketplace employers are asking for them,” says Suzanne Ortega, president of the Council of Graduate Schools.

It’s also true that those workers will make more money than people without graduate educations. An employee with a master’s degree earns about 20% more than one with only a bachelor’s degree, while those with professional degrees can make around 55% more, according to BLS calculations.

But not all of them. Teachers, for example, can have a particularly hard time earning enough to pay back their debt. About 16% of U.S. master’s degrees are in education and the median debt for graduates is $50,879, according to the New America Foundation— up from $30,724 a decade ago. The yearly salary for the average public school teacher with a master’s degree is $57,830.

And while enrollment in graduate programs has increased 41 percent since 2000, according to the U.S. Department of Education, the Council of Graduate Schools reports that the pace of applications has stalled — in part because people are put off by the cost.

“We’re going to have graduate enrollment going down in our universities, because people can’t afford to take on that level of debt,” says Neleen Leslie, president of the National Association of Graduate-Professional Students and a doctoral student at Florida State University. “There’s a misperception that people who pursue advanced degrees are going to be able to make enough to pay back those loans. That’s not necessarily true.”

Now a new measure to help ease student debt could cause problems for everyone else.

In an executive order issued in June, President Obama expanded a little-known provision called income-based repayment that allows borrowers to limit their monthly federal loan repayments to 10% of their incomes, and forgives any remaining debt after 20 years. That’s down from 15% and 25 years, respectively.

Obama said the change was meant to help undergraduates. “If you got a professional degree like a law degree, you would probably be able to pay it off,” the Harvard Law School grad said when he signed the order. But federal loans account for the largest share of graduate student debt, and some education policy experts worry that it could encourage grad students to borrow even more than they already do.

“Why the hell should you worry about how much you’re borrowing? Borrow a million, you’ll still have to pay off the same amount,” says Best.

The potential benefit for higher-earning graduate students is “a policy accident,” says Jason Delisle, director of the Federal Education Budget Project at the New America Foundation. “And who’s going to figure this out? Probably people with graduate degrees.” 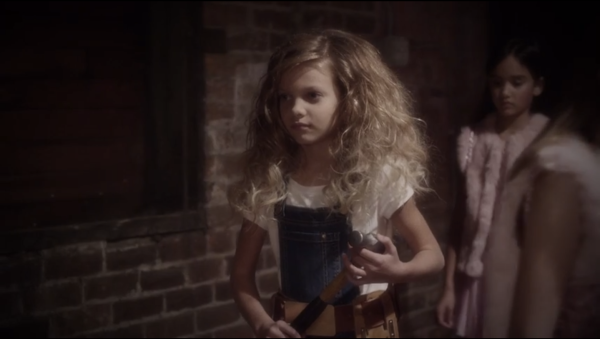