The Right—and Right Time—to Die: How Doctors Should Help

As doctors, we are expected to prolong human life, and we do—but often regardless of the costs. Brittany Maynard, the 28-year-old Oregon woman with an inoperable brain tumor, puts a human face on this tragedy. Maynard has decided that she does not want to suffer through a painful, protracted death and is planning to end her life with doctor-prescribed pills, obtained through Oregon’s Death With Dignity Act; she may have died by the time you read this. In Oregon, more than 1,100 people have obtained life-ending prescriptions since the law’s passage in 1997, and about 750 have used them safely and appropriately. By numerous accounts, the law has been a success. And yet many doctors, not to mention laymen, continue to regard its goals with suspicion. I have been one of those doctors.

I once cared for an 88-year-old patient with a severely leaky heart valve. When she was hospitalized with worsening kidney and heart failure, a critical-care specialist decided to forgo aggressive treatment. But unwilling to give up, and against my better judgment, I transferred her to the cardiac intensive-care unit. Her stay there was a disaster. She was unable to be weaned from a respirator. Her liver failed. Even as it became clear to me that she was going to die and that my interventions had been for no good purpose, I became very reluctant to change course. We checked blood tests several times per day. I inserted a pressure catheter in her pulmonary artery to monitor her hemodynamics. I started her on dialysis. The breathing tube remained in her throat till the end. Eventually she succumbed to multi-system organ failure and sepsis, nearly a week after I’d moved her to the ICU.

At their core, my actions were a kind of deception—convincing myself, despite the evidence, that I could save my patient and stay the inexorable course of her disease. Perhaps I was embarrassed by my impotence or afraid to see a beloved patient pass. I don’t know. But it was the kind of deception that many in my profession practice.

Of course, it isn’t only doctors who medicalize the terminal phase of life. Patients and their families do too. I once took care of a middle-aged man in the ICU who’d had a cardiac arrest and ended up with significant brain damage because he had been out so long. His wife would not accept the terminal nature of his condition. “He is going to pull out of this,” she told me adamantly. When I asked if her husband had ever expressed any preferences about being on life support, she told me what I expected: they had never discussed it.

That conversation is often the crux of the problem. Most people never have it, thus families and doctors are left to substitute their own judgments and prejudices for those of the patient. What does a dying patient want? What is the minimum quality of life that is acceptable to him or her? As Maynard has so poignantly shown us, these are questions we need to ask before it is too late. And it’s not just families who need to have the tough talk. As a nation, we need to rethink our approach to dying and death. Our reluctance to confront mortality is the cause of too much suffering.

Most Americans die in a hospital or a nursing home. Almost one-third of the $554 billion we spent on Medicare in 2011 was used to treat people in the last six months of their lives. Nearly every colleague I’ve talked to recognizes that this wastes precious resources and prolongs suffering. But they—I—have not been taught a different way.

Hospice is one alternative. The modern hospice movement started in 1967, when Dame Cicely Saunders, a nurse, opened St. Christopher’s Hospice in London. Saunders formulated three principles for easing the process of dying: relief of physical pain, preservation of dignity, and respect for the psychological and spiritual aspects of death. Though it’s been slow, progress has been made. The number of American hospitals offering palliative care has nearly doubled since 2000, growing to nearly 1,500 programs—the majority of hospitals. Yet even as reflective an observer as Atul Gawande admits in his new book, speaking no doubt for the majority of physicians, “The picture I had of hospice was a morphine drip.”

Doctors witness death and dying nearly every day. Disease may win in the end, but we must strive to never lose sight of the patient at the center of it all, and we must empower our patients to make their own decisions in the terminal phase of their lives. Maynard’s terrible tale reminds me of what an elderly woman with terminal heart disease once told me: “My husband said the hardest thing to do is to die; I always thought it would be easy.”

Jauhar is a cardiologist and the author of two books, Intern: A Doctor’s Initiation and the recently published Doctored: The Disillusionment of an American Physician 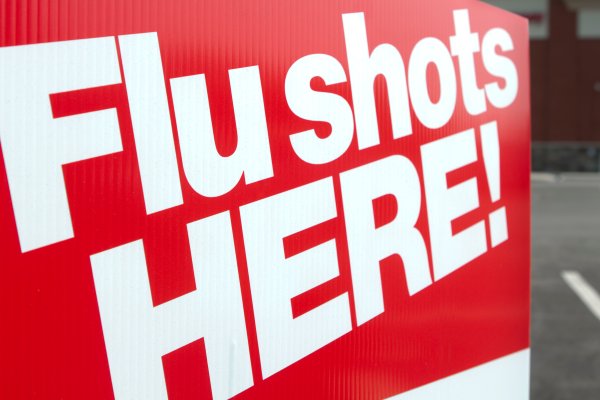 10 Biggest Myths About the Flu
Next Up: Editor's Pick