Southern Baptists Strike a Different Tone than Catholics in Conference

Pope Francis looks on as he leads the synod of bishops in Paul VI's hall at the Vatican on Oct. 6, 2014.
Claudio Peri—Reuters
By Elizabeth Dias

Marriage has been in the Christian spotlight this October. The month began with Pope Francis bringing together 250 Catholic leaders to discuss marriage and the family at the Extraordinary Synod of the Bishops in Rome. This week, the Ethics and Religious Liberty Commission of the Southern Baptist Convention is hosting a three-day conference in Nashville. The topic is “The Gospel, Homosexuality, and the Future of Marriage,” and the purpose is “to equip Christians to apply the gospel on these issues with convictional kindness in their communities, their families and their churches.”

At first glance, the two gatherings may seem similar. Both brought together various church leaders to discuss marriage and family. Both groups hold formal positions against gay marriage and seek to affirm and strengthen straight marriages. Both events were framed in prayer and liturgical structures, whether it was a candlelit prayer service at the Vatican or a Christian praise band rocking out on stage in Tennessee. Men were the primary speakers and participants at each gathering, even though both made an effort to include a handful of women’s voices.

But the differences are eye-catching. The Catholic bishops discussed a host of issues families face around the world from war to economics to cohabitation; the Baptists honed in on the growing acceptance of homosexuality in Western contexts. The Synod sessions happened behind closed doors; the ERLC event is live streamed. The Catholic Church is comprised of more than one billion people and has a two millennia history; the Southern Baptist Convention has a smaller network of 50,000 churches and is just 170 years old, though it often signals views in the mainstream evangelical community.

The most noticeable difference was tone. Pope Francis opened the synod on the family by asking the church leaders to speak freely, and saying his goal was to listen. “A general condition is this,” he told them on day one, “Speak clearly. Let no one say ‘this cannot be said.’ … At the same time, you should listen with humility and accept with an open heart what your brothers say.” The bishops took him at his word, and that openness inspired lots of debate on how to welcome gays within the confines of Church teaching.

The ERLC conference, by contrast, is not an open forum—dissenting voices are not included in the presentations. Al Mohler, president of Southern Baptist Theological Seminary, opened the gathering on Monday in a defensive posture, saying that Western society is experiencing “a moral revolution” happening “at warp speed,” one that now celebrates things that were previously condemned. “We are accustomed to speaking from a position of strength,” Mohler said, explaining how traditional evangelical opposition to homosexuality is no longer mainstream.

Sin is a central topic in Nashville, and one that was noticeably absent from the Synod’s public documents. Mohler suggested in his opening remarks that Christians should approach gays in ways “not about their sin (homosexuality) but about our sin (all shortcomings).” Glen Stanton, director for Family Formation Studies at Focus on the Family, continued the theme: “Every one of us is stricken with an eternal disorder called sin,” he said in his talk called, “Love my (LGBT) Neighbor.” “How do we love gay and lesbian people? … The great equalizer is our sin.”

On the whole, the conference makes clear its strong on moral opposition to homosexuality. Many of the prominent speakers champion a pointed opposition to mainstream culture, and nearly all use the phrase “someone who experiences same-sex attraction” or “a homosexual” instead of using preferred, self-identifying terms of LGBTQ persons. Erik Stanley, a lawyer with the Alliance Defending Freedom, compared the show Modern Family to a gateway drug for accepting gays and described Matthew Shepard’s murder as a gay hate crime hoax. Barronelle Stutzman, a Washington state florist who declined to make a wedding flower arrangement for a gay couple, said, “They can destroy me but they cannot destroy God and his word.” The crowd gave her a standing ovation.

Some speakers have hinted at a more welcoming tone. Rosaria Champagne Butterfield, a former lesbian women’s studies professor who converted to evangelicalism, stopped living as a lesbian and married a male pastor, explained that she learned the hospitality gifts she uses as a pastor’s wife from her years in the lesbian community suffering from AIDS in the 1990s. She shared how she converted because a pastor was her friend who did not invite her to church but made her feel safe by turning off his air-conditioning and offering her vegan food to accommodate her then-progressive lifestyle choices. “I never felt like a project,” she said.

Russell Moore, president of the ERLC, offered a nuanced approach to the practical challenges of changing sexual ethics. Moore said he would not attend a gay friend’s wedding ceremony because that would involve participating in their marriage vows, but he would attend their wedding reception. He also would not cut himself off from relatives “who are lost or in situations you disagree with—Jesus never did that.” Churches should care more about issues like gay and lesbian homelessness, he said, and young couples should be thinking about the long-term commitments of their wedding vows and what they mean if one partner gets Alzheimer’s disease or has an affair. Moore even suggested Christians can learn something from Dan Savage’s “It Gets Better” campaign: Christians should not marginalize gays over other sinners. “If there is some particular sin that has to be whispered in our congregation, then we are not truly Christian,” he explained.

What’s happening in Nashville gives the world a peek at the kind of culture different church leaders are cultivating in the midst of changing societal views on sexuality. For the evangelicals and Baptists in Nashville, it is time to double down. And that’s a reminder of just how dramatic the Vatican’s tone shift under Pope Francis—however small that opening may be—actually is. 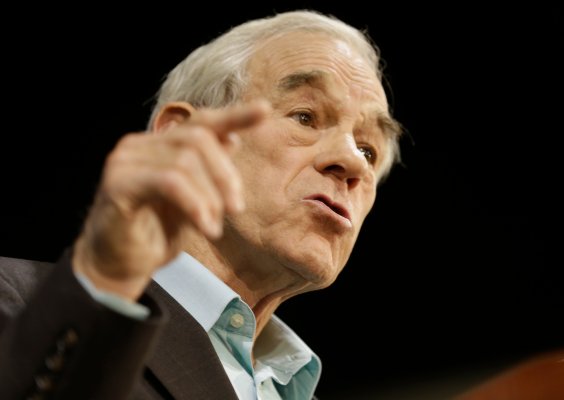 Ron Paul is Spouting Off on Ebola, Secession and Terrorism in Canada
Next Up: Editor's Pick