As Los Angeles fourth graders know (because their curriculum includes the study of California Indians), the original language of Los Angeles is Tongva. This American Indian language (also called Gabrielino) used to be spoken in villages all over the L.A. Basin.

These villages have given their names to places all over Los Angeles, including Tujunga (from Tongva Tuhuunga “place of the old woman”) and Cahuenga (from Kawee’nga “place of the fox”). But despite these ever-present reminders, the language has not been spoken for over 50 years.

I first encountered Tongva shortly after I began teaching at UCLA 40 years ago, when my mentor, the late Professor William Bright, introduced me to the field notes of J. P. Harrington, an ethnographer and linguist who worked with Tongva speakers during the early 20th century.

It’s hard to find information on Tongva. There are no audio recordings of people speaking the language, just a few scratchy wax cylinder recordings of Tongva songs. There are additional word lists from scholars, explorers, and others dating from 1838 to 1903, but Harrington’s notes are the best source of information on the language. These records are often inconsistent and maddeningly incomplete, however—it takes a lot of analysis to synthesize them into a clear picture of the language.

Over the years I compiled a Tongva dictionary of over a thousand words and felt I knew quite a bit about the language’s grammar. Based on Harrington’s work, I developed a consistent orthography or writing system, using ordinary letters, without special characters not found on a standard keyboard (you can type Tongva on your phone!) Of course, English speakers can’t understand this system without learning its rules—just as non-Spanish speakers have to learn that the ll in Pollo Loco is pronounced like y. The English pronunciation of a word like Tujunga uses a “hard g,” as in finger, for example, but the Tongva ng represents the sound at the end of bang or in the middle of singer, without a separate g sound.

My confidence in this purely academic approach to Tongva was shaken in 2004. I was asked to serve as a linguistic mentor to several Tongva people who wanted to learn about their language at the Breath of Life Workshop, a biennial event in Berkeley where members of California Indian tribes whose languages are no longer spoken can learn how to access technical materials on those languages. Armed with my dictionary, grammar notes, and typeable spelling system, I felt well prepared to contribute. When I met with my group of three ethnic Tongva learners, however, I realized that people who want to learn their ancestral language don’t want or need the same things as academic linguists.

The first thing they want, they often say, is to be able to pray in their language. To be most useful to these participants, a dictionary should go from English to the target language, so they can find the words they want to say. (Linguists, on the other hand, are more likely to arrange such a list from the target language to English, to aid in finding words similar to words in related languages.) I got almost no sleep that first night at the workshop, because I was manually creating an English-Tongva index to my Tongva-English vocabulary to share with the group the next day.

Ever since then, I have met each month in San Pedro with an ever-changing group of learners whose core members include two of the Breath of Life participants from 2004. Most of the people who come to these classes are Tongva descendants, but a few are interested community members.

In addition to lessons on word structure and sentence creation, we sing songs, play games, learn useful phrases for conversation, and discuss words to be added to the dictionary. Songs are particularly helpful to learning. We now have Tongva versions of Christmas carols, traditional folksongs, kids’ songs—everything from the theme song from Maleficent to a version of “This Land is Your Land” that includes lines like Topaa’ve Tuhuung’aro “from Topanga to Tujunga.”

Our Gabrielino-Tongva Language Committee has put together a phrasebook (including everything from Chongaa’aa kukuume’a! “Wash the dishes!” to ‘Wiishmenokre “I love you”) and a little book about animals. We’ve had to figure out a lot of things using creativity, common sense, and comparison with other local languages. Now we have a Coyote story (a moral tale like those in Aesop’s Fables), the Christmas story, and a version of the Aquarium of the Pacific’s blue whale story.

Would the Tongva speakers of a hundred years ago understand these? I’m sure they would. Would they laugh at the mistakes we make? Probably—but I hope they would also be forgiving.

Pamela Munro is a distinguished professor at UCLA who has studied many indigenous languages of the United States and Latin America. She wrote this for Zocalo Public Square.

Read next: 7 Famous People Who Surprised Us by Speaking Chinese 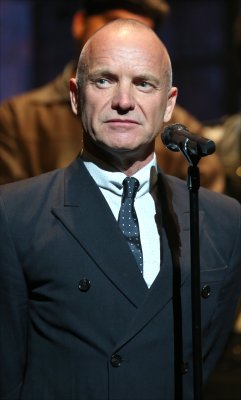 Watch Sting and His Broadway Cast Sing "Every Little Thing She Does Is Magic" on the Street
Next Up: Editor's Pick