Unplug! Your Children's Future Depends On It

My 21-year-old daughter was just home for the weekend, which was wonderful for all the obvious reasons. But her visit reminded me–as if I needed reminding–that I am so out-of-touch with the zeitgeist that I may as well be a preserved relic from Victorian times. By nature I’m so deeply Victorian that not only is my favorite architectural style all turrets and wraparound porches, but my distaste for what most people call “progress” could rival conservative British politician Benjamin Disraeili’s. And though I work on a computer–I’m not, after all, a masochist–and rely on both email and Google, the rest of it leaves me, at best, bored, and at worst, positively alarmed.

I couldn’t care less about and, in fact, don’t actually know what the following terms refer to: apps, Snapchat, Pinterest, Twitter and Instagram. And I have to admit that I had to Google most of these (see above). I don’t text, and I certainly don’t sext. Sexting for me is standing naked in front of my husband and saying, “Do you think it’s time for a tummy tuck?” I read the kind of books that you have to lug around with you and stack on your nightstand. I never got rid of my records (music recorded on vinyl), and I don’t own an iPod because when I’m walking the dogs or working in the garden, I prefer to listen to the sound of the falling leaves than Lorde singing “Royals” or Usher singing “She Came to Give It To You,” or God forbid anything, ever, by the talent-free Lady Gaga (had to Google this stuff, too, under “most popular singers 2014”). I don’t know the difference between a latte and a cappuccino and a Frappuccino and a frappé. I know what you’re saying: “Oh, Jennifer, you think you’re just so superior, don’t you? You think you’re just so retro-pure-intellectual dog-walking all-natural undyed-gray-haired awesome?”

Yes. Or at least a little bit. Because I’m in my fifties and have read a lot of books, I know without having to do a scientific study that all this reliance on our techno-toys is bad news–for grownups, for children, even for dogs, who would rather canoodle with their human-friend than be stuck on the sidelines. As for small children, don’t even get me started, because if I see one more mommy/daddy pushing her/his child in the stroller while being plugged into her/his iPod or cell phone, I’m going to puke. That doesn’t compare to the armies of small children who spend vast amounts of their free time pushing various buttons on their various electronic devices. And I know, boy do I know, children, when bored, are unpleasant to be around. They whine. They make you wish you’d never had them. I myself had whiny children, and was once one myself. I was such a whiny whiner that I turned whining into high art. And in part because I tended to depression and anxiety, I loved nothing more than TV, which took me away from myself, at least for as long as the tube was still on. I could sit in front of the TV for hours, numbing out on all the greats: The Flintstones, The Beverly Hillbillies, I Dream of Jeannie, The Munsters, My Favorite Martian. But my mother, having been raised at a time when parents said no often and without guilt, wouldn’t let me do that, except when I was sick. Instead, when I whined or complained of boredom, she said that I had two choices: I could go outside and play or I could read. End of story, full stop.

The thing that’s just so awful and sad and terrible and stupid-making about our entire First World reliance on and love of our devices isn’t just that kids with totally straightforward neurology become, by default, unable to concentrate or take in information or synthesize or analyze or so much as string a few coherent sentences together, but that their very souls, and ours, get sucked straight out of our bodies and dispersed among the pixels and bottom-lines of the smart people who are making money by providing us with the addictive technology that we can’t get enough of. (As good a definition of addiction of any is: enough is never enough—just ask an alcoholic.) And why do we reach for our devices? For our Facebook feeds and mobile apps and appallingly loud and vulgar music and endless varieties of crappy TV shows? Because it’s easier to numb out than to face our fears, anxieties, hopes and dreams, impulses, devils, demons, defeats, pasts, futures, and, most of all, present, our here-and-now when things might not completely conform to the Hollywood version of what our lives are supposed to be.

Yes, folks, being human is difficult, at worst awful, at best wonderful, and most of the time, mixed. Remember, for example, the Bible? Whether you believe in its sanctity or not, the Bible is a remarkable document not for its account of wonders and miracles but rather its telling of the day-to-day challenge of merely being conscious, merely being human in a vast and unknowable universe where a fellow still has to get up every morning and bring home the curds-and-whey, water the camels and raise quarrelsome children.

Speaking of Jacob and Essau, do you want to raise grounded, reasonable, civilized children without getting a PhD? Here’s how: turn off the TV. Don’t let your children have their own devices of any kind whatsoever until high school. Make them go to bed at a reasonable hour. Don’t help them with their homework. Never hit or shame them, but go ahead and punish them when their behavior is bad. Don’t for one moment try to be their friend. And when they’re little, don’t even think about “the family bed,” unless you want to both kill your marriage and raise terrifying little monsters who will never manage to mature past adolescence. Finally, when they’re bored, give them a choice between playing outside and reading a book. In between, throw them a couple of peanut-butter-and-jelly sandwiches and an apple or two.

Ever since our second date, my husband has accused me of being a flat-worlder, a Luddite, an all-around fuddy-duddy. But I’m not. Not even a little. I just know, from my own lifelong experience of living inside my own messy head, that the more I use my machines to escape myself, the more my true self shrivels up and dies a slow and unremarkable death. 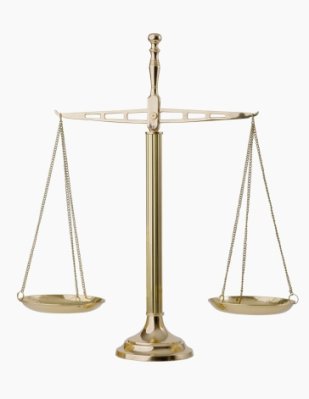 The Parent Trap: Are Flexible Work Policies Hurting Moms And Dads?
Next Up: Editor's Pick