“Thank You, Dr. Salk!” reads a sign in the homepage animation, which depicts joyful, fully mobile children dancing and running around with dogs and balloons. Polio largely impacted children.

The Washington Post reports that according to the Salk Institute, “In the two years before [the] vaccine was widely available, the average number of polio cases in the U.S. was more than 45,000. By 1962, that number had dropped to 910.”

Salk was also depicted on the March 29, 1954 cover of Time Magazine: 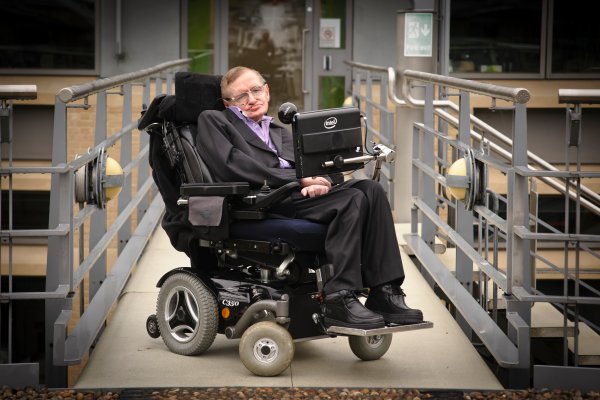 Facebook Is Going to Be a Lot Smarter Now That Stephen Hawking Has Joined
Next Up: Editor's Pick