Amazon has jumped headfirst into the streaming stick game, squaring off against Google’s Chromecast and Roku’s Streaming Stick with its new Fire TV Stick. Here’s how the devices stack up against one another. Spoiler: They’re all good.

Chromecast has no remote, so it sits out this round. You’ll need to run everything from your phone, tablet or PC, which is great if you’re the type of person who loses remotes all the time. If you’re hungover on the couch or watching stuff in bed, it’s marginally less relaxing than using a trusty remote, though.

Both Amazon and Roku include remotes, and both remotes work well. I’ll give Roku the slight edge here, as its remote has four quick-launch buttons — two of which are for Netflix and Amazon. The other two are for the far less-popular M-Go and Blockbuster On Demand.

If you’re going for quality over quantity, all three sticks support just about every major streaming service. Notable omissions: Amazon’s stick doesn’t support HBO Go and Google’s stick doesn’t support Amazon content. Roku, on the other hand, has been around forever relative to its competitors and supports just about everything. And if there’s not an officially supported channel on Roku, chances are good that there’s an unofficial version that you can manually connect to the device.

Amazon takes the cake here. Since the launch of the Fire TV box earlier this year, the company has done a good job porting games over, with the current tally sitting somewhere north of 200. The Fire TV’s $40 game controller works with the Fire TV stick, too.

On paper, the Fire TV Stick handily bests its competitors, with double the processing cores, double the RAM and eight gigabytes of storage. The Chromecast has two gigabytes of storage; the Roku has 256 megabytes. Amazon needs more storage because of its emphasis on games and apps that can be loaded onto the Fire TV Stick, though: Storage isn’t really an issue on the other two sticks. Amazon also packs a better Wi-Fi chip than the Chromecast, though it’s on par with the Roku.

I’m going to throw a curve ball here and say that the Chromecast’s utter lack of an interface makes it the best interface. You use the same apps you always use and, provided they have a Chromecast button, simply tap it to start playback on your TV. There’s no need to learn a new interface. Not that Amazon’s and Roku’s interfaces are overly complicated in any way — there’s really no bad interface for this category — there’s just something elegant about the Chromecast’s simplicity.

Which One Is Best?

Luckily, you have three dynamite options for under $50. You really can’t go wrong with any of these. If you have a lot of Amazon content and own an Amazon tablet or two, the Fire TV stick is a no-brainer. Same deal if you want to play games. If you don’t want to futz around with menus and you don’t want to spend a ton of money, go with the Chromecast. If you want a great remote and a nearly unlimited selection of content — both mainstream and off-the-beaten-path — head straight for the Roku.

Here are some more in-depth specs from our friends at FindTheBest: 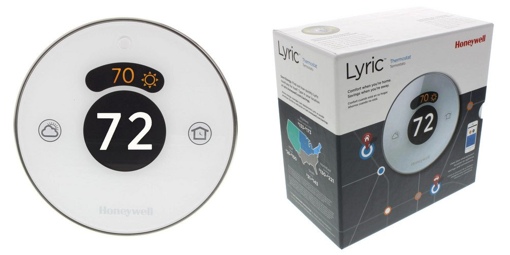 4 Products That Will Save You Hundreds On Your Utility Bills
Next Up: Editor's Pick