No, That Wasn't Paul Rudd Tackling an Airport Homophobe

Sorry, amateur celebrity sleuths — the actor Paul Rudd was not involved in the tackling of a man shouting homophobic slurs in a Dallas airport last week.

A man who looked almost exactly like the This Is 40 star was caught on video helping to tackle a man who yelled homophobic slurs and kicked another man waiting in Dallas-Fort Worth International Airport last week.

After the man became violent, a group of people swarmed him and brought him to the ground, with the help of a wavy-haired hunk in a checkered shirt who looks a lot like Paul Rudd. The video of the incident quickly went viral, amid rumors that the Hollywood funnyman was involved.

But Paul Rudd’s rep confirmed to TIME on Monday afternoon that the man with a noble heart, quick reflexes, and a strong sense of social outrage is not Paul Rudd.

Ladies: That means there is a mensch out there who looks like Paul Rudd but isn’t Paul Rudd, and also appears to be nice, hunky, and quick to stand up to injustice.

Read next: Take Your First Look At Paul Rudd As Marvel’s Ant-Man 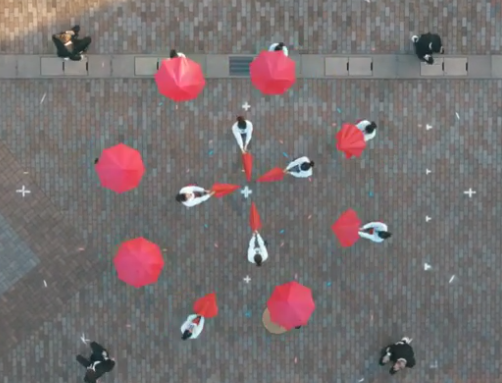