Watch a Wayward Jogger Collide With the British Prime Minister

A British jogger made national news on Monday after his midday run set him on a collision course with Prime Minister David Cameron, prompting the man’s arrest, speculation as to why he did it, and an official review of Cameron’s security detail.

Footage of the incident shows Cameron and his security retinue walking out of the civic hall in Leeds, a city in West Yorkshire, when a dreadlocked jogger runs into the frame, cutting a direct path between the security guards and into the prime minister, appearing to give him a gentle shove.

Security officers seized the man and bundled Cameron into a waiting car. Initial reports identified the jogger as a protester, which local police later denied, calling the incident “nothing sinister.”

‘‘No threats were made, and after the man’s details were checked, he was de-arrested and allowed on his way,” read a statement from the West Yorkshire Police department.

The runner, later identified as Dean Balboa Farley, also took to Facebook (in a post that has since been taken down) to set the record straight on his motives. “So I’m all over the news as ‘the protester that attacked David Cameron in Leeds,'” he wrote. “Yeah, if you call brushing into someone while running then getting assaulted by half a dozen coppers in suits…” 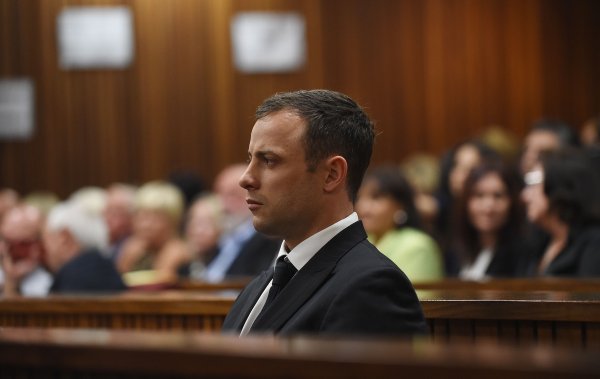 Pistorius Sentence Set for Appeal
Next Up: Editor's Pick