Serial: Sarah Koenig On the Addictive New Podcast from This American Life

The facts are these: Hae Min Lee was killed on January 13, 1999. Her ex-boyfriend and fellow high school student, Adnan Syed, was convicted of the murder, and sentenced to life in prison.

The tragedy is undisputed. The conviction is not.

Lee’s murder and Syed’s guilt or innocence are the mysteries that lie at the heart of Serial, a new documentary podcast series hosted by Sarah Koenig. Every Thursday, Koenig unravels the clues, guiding listeners through hours of interviews, cell phone records, and court room transcripts, even tracking down an alibi witness that was never called to the stand in Syed’s defense. Serial is the first spinoff from the much-loved This American Life radio show, where Koenig serves as a producer. But instead of covering multiple stories in a single episode, Serial goes deep on a single story —Lee and Syed’s story. Each week, more evidence is unfurled, more clues hashed over, and more witnesses are introduced. The result is a compelling, if not addictive, series.

Not that Koenig is convinced that Syed was wrongfully convicted. She just isn’t sure — so she’s using the podcast to try and find answers. “I wouldn’t have started looking into this case if I didn’t have questions about it. If it seemed obvious he was guilty, I wouldn’t have invested all this time and resources. But I didn’t definitely think he was innocent, either,” says Koenig. “There’s definitely something here that I don’t understand, and that the public never got to hear. Something is missing in this story. Something’s not quite right.”

Koenig got involved in the story when Rabia Chaudry, a friend of the Syed family, wrote her a letter asking for assistance. “Rabia Chaudry came to me when I had written about this attorney who had been disbarred — the same lawyer who represented Adnan — and she wanted me to look at his case. The reasoning was that if the lawyer was disbarred, maybe she had screwed up the case.”

According to the podcast, Chaudry had a hard time believing the conviction, because Syed was a good kid. He kept up his grades and ran on the track team; he was well-liked by the community and a practicing Muslim. Syed was convicted almost exclusively on the testimony of a one-time friend and some cell phone records that may or may not corroborate his story. There was no physical evidence at all. It was hard for Chaudry to accept that Syed would have committed the brutal murder of his one-time girlfriend in the middle of the day in a Best Buy parking lot, then bury her body in one of Baltimore’s notorious dumping grounds. It was easier to believe the disbarred attorney, who has since passed away, had failed in her job.

Koenig, though, isn’t sure that’s the case. “It was flawed counsel,” says Koenig. “But I don’t think he got a sh–ty lawyer. She just made some mistakes.”

Among those mistakes is what Koenig calls “the Asia thing,” where Syed’s attorney didn’t talk to a witness who could have given Syed an alibi for the time of the murder. That, in Koenig’s opinion, is “an out-and-out screw-up”.

“That’s just an error. I don’t see the logic in not talking to an alibi witness, even if you talk to her and say, ‘This isn’t going to work’ or ‘This isn’t true’ or whatever. But failing to contact her? That just seems like she just screwed up to me,” says Koenig.

“The other thing, which we’re going to get to — in an episode that’s not yet written— is that [Syed’s attorney] just concentrated her rigor in the wrong places in this case. It’s not that she was napping during testimony or high on cocaine — she was a good hardworking attorney who made tactical errors in addition to a few out-and-out screw-ups,” says Koenig. “She was a really well-respected attorney! She had a great reputation, and it was earned. There are parts of the trial where you’re just like, ‘Man, she is just like a pit bull on this thing!’ She’s pushing and pushing and pushing. She’s objecting where she should and getting things on the record. She’s working hard.”

Still, Koenig says: “If Adnan is innocent, though, she would have a lot to answer for. If he’s guilty, well, that’s a different question.”

Koenig hopes that listeners will get to know Lee more than they do now, but for now, she won’t focus on her. “It’s an upsetting story. A girl was murdered and it’s horrible,” says Koenig. “Getting people to talk to me about that and be honest with me about that is hard. For a lot of these people, even those not directly involved, this was the defining horror of their lives. It’s hard for them.”

“The level of stress and anxiety and discomfort that I have lived with for the last year just thinking about this story, I don’t understand how [criminal lawyers] do it all the time,” says Koenig. “If I’ve learned nothing else, I’m glad I’m not a lawyer.”

One of the most compelling aspects of Serial is that it’s simply unclear whether justice was served in this case. While people are used to hearing stories like this end with the release of an innocent man, Syed might be guilty. After all, a jury convicted him and, according to the podcast, the jury came to their verdict fairly quickly. Still, is Koenig hoping to free an innocent man? “That’s hard,” says Koening. “It would be great to do a story and get somebody who is innocent out of jail. That’s a wonderful thing. That said, I don’t think that’s necessarily what I’ve got here. At all.”

The uncertainty stems from the fact that Koenig and her other producers are still reporting the story. “We’re still working on it! We’re still working on the episode that comes out in two days! We’re in the thick of it,” says Koenig. “I’m not that far ahead of you right now.” The podcast is such a work in progress, Koenig says, that they don’t even know for how long the show will run. “We’re thinking in the realm of a dozen, but that could change. We’ve written five so far.”

For Koenig, who has been a producer at This American Life for ten years, releasing a story a chapter at a time has been a steep learning curve. “Structuring the arc of the season before you know how the story ends is very challenging,” says Koenig. “I also did not realize how vulnerable it can make you to release your work product before your reporting is finished. I had not anticipated that element.”

Despite the difficulties, Koenig and her team plan on continuing the podcast. “If I don’t plotz first, the idea is to do another story next year,” laughs Koenig. “We want to keep it going and the idea is that we will, if people seem interested in it.”

People are definitely interested. Serial was the number one podcast on iTunes two weeks before the first episode even premiered. “I was very surprised. Very, very surprised,” says Koenig. “I’ve been intrigued by a lot of stories in my career, but I think a ton of the interest is because this is a crime. It’s a murder case. This sounds naïve, but I didn’t think that would be a thing. I didn’t see it.”

But before starting to work on next year’s story, which she has not chosen yet, Koenig hopes to find some answers about this one. She wants to find out whether justice was served — and whether Lee’s killer is behind bars or still out there. “I am hopeful that I will figure it out one way or the other,” says Koenig. “I may have to give that up along the way, but today, I’m hopeful.” 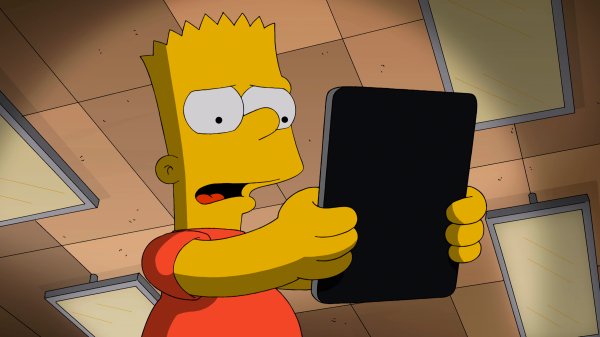 The Post-Television TV Era Has Begun
Next Up: Editor's Pick