Fitbit Charge, Fitbit Charge HR and Fitbit Surge all feature LED displays that track the device’s usual health metrics, such as heart rates and footsteps, and will incorporate new features such as automatic sleep detection and incoming calls.

The company has packed the highest end model, the Surge, with eight sensors that continuously monitor health statistics and the wearer’s location to create a comprehensive log of activity throughout the day. Fitbit priced its newest watches from $130 for the Charge to $250 for the Surge, making the most expensive model $100 cheaper than the $349 starting price for an Apple Watch, which is scheduled to launch in early 2015.

Fitbit will not only have to overcome competition from smartphone makers, but also its own bungled rollout of a previous line of wristbands that were recalled last February amid complaints from users about skin rashes. 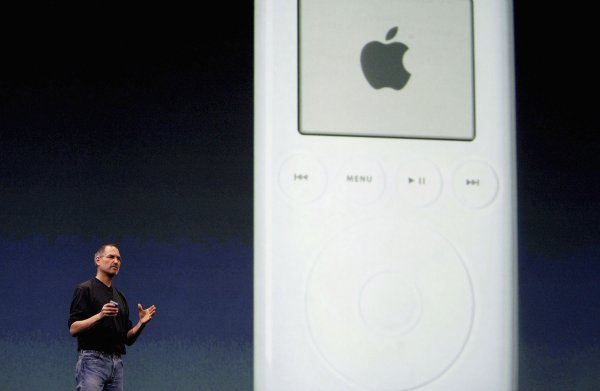 Watch Steve Jobs Unveil the iPod 13 Years Ago
Next Up: Editor's Pick