The 2014 campaign of fear just crowned a new champion. The Republican National Committee released a new ad Monday that ties together ISIS, “terrorists committing mass murder,” Ebola and Guantanamo Bay, blaming each on Barack Obama’s policies, which are “on the ballot,” as the President has said.

And just in time for Halloween, the clip debuts a scary party slogan – “Vote to keep terrorists off U.S. soil. Vote Republican.”

That line is technically a reference to Obama’s long-stated desire to close Guantanamo Bay and move the suspected terrorists to U.S. prisons. But taken in isolation, it suggests, of course, that a vote for Democrats is a vote for allowing a terrorist invasion.

Democratic National Committee Press Secretary Michael Czin responded to the ad in an email to TIME, “Seriously? Did they have Saturday Night Live produce this ad, because it’s a joke. The Republican party has become a caricature of itself, and this ridiculous ad is the latest example.”

Good luck to the fact checkers, who will now have to score the ad as deceptive or not. (The correct answer: It is both deceptive, and not deceptive.) 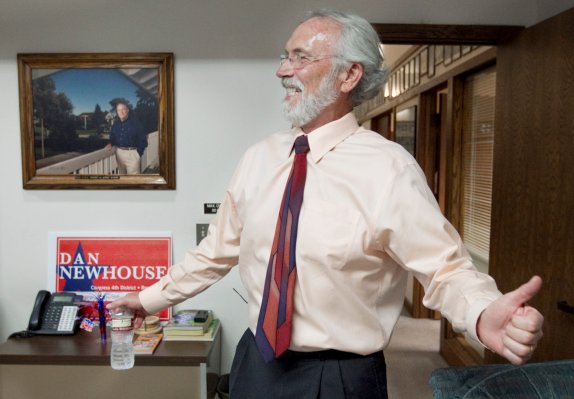 Democrats Positioned to Elect Republican Congressman in Washington State
Next Up: Editor's Pick