Rachel Daniel, 35, holds up a picture of her abducted daughter Rose Daniel, 17, as her son Bukar, 7, sits beside her at her home in Maiduguri, May 21, 2014. Boko Haram kidnapped an additional 30 boys and girls from a village in northeast Nigeria during the weekend.
Joe Penney—Reuters
By Dan Kedmey

Boko Haram militants reportedly abducted at least 30 boys and girls from a remote village in northeastern Nigeria over the weekend, throwing into question a government-declared cease-fire with the insurgents.

The Islamist extremists on Friday raided Mafa, a town in Borno state, CNN reports, and news of the abductions slowly got out because regional telecom service has taken a severe hit during Boko Haram’s five-year campaign of terror. Throughout the weekend, local leaders said the gunmen seized a dozen and a half boys and girls — some as young as age 11 — in what was thought to be an attempt at recruiting child soldiers.

The mass kidnapping in the restive region diminished hopes that the Nigerian government was close to striking a deal with the militants to secure the release of more than 219 schoolgirls abducted by the group in April. 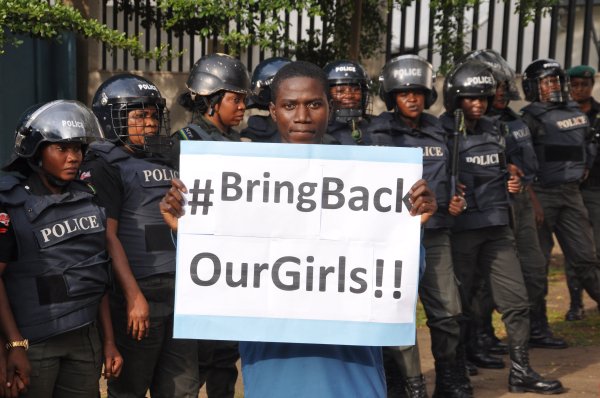