Advocates for transgender rights are waging their battle on many fields, including athletic ones. Authorities that oversee school sports are adopting new policies that outline who can play on which team and under which circumstances. In October, for instance, the Arizona Interscholastic Association for the first time gave a transgender student the go-ahead to play on whichever team, male or female, that aligned with their gender identity.

To protect that child’s privacy, no details about the student’s gender or the sport were released, but older athletes—playing in college sports or for a spot in the Olympics—have put themselves in the spotlight to make a statement about how their gender identity and love of sports matters more than what’s under their jersey. And among the best known of these barrier-breakers is Kye Allums, the first openly transgender NCAA athlete to play Division I sports.

Now a 25-year-old activist, Allums came out when he was playing on the women’s basketball team at George Washington University in 2010. Today, he travels the country letting students ask questions about what it means to be transgender and is one of the stars in Laverne Cox’s new documentary The T Word, an exploration of what it’s like to be a young transgender person.

TIME interviewed Kye about putting himself out there, how much hormones really matter and what advice he has for other athletes who might be mulling the same decision.

How did you decide you were ready to tell people you were transgender?

I needed to be comfortable. Playing on a sports team, you become very close. These girls were like my sisters and having them refer to me using female pronouns every single second of the day and not knowing how that made me feel, I couldn’t keep playing like that.

How did their use of female pronouns affect you?

Hearing female pronouns would make me dysphoric. It’s like being sick. It’s like having the flu. It’s like you want to rip the skin off of your body. It’s the most uncomfortable, unbearable feeling in the world. I could not focus on basketball feeling like that. All I wanted to do was escape my body and run away. … To bring that focus back to basketball, I needed to hear male pronouns.

Did you encounter any negative reactions when you came out?

Yes. Some people would tell me that I was not a guy, or that I was confused. Everyone is entitled to their own opinion. I know who I am.

Kye Allums (50) of the George Washington Colonials battles Shenise Johnson (42) of the Miami Hurricanes for position during the NCAA basketball game between GWU and the Hurricanes in 2010.
JC Ridley—AP

What about teams you played basketball against?

At other schools, we were anticipating a lot of negativity, but the schools were actually very supportive. Some would reach out and offer a gender neutral space for me to change. With the players, it was all business. The fans were different. Whenever I walked onto the court, people would just stare at me. They would stare at me and point, as if they were expecting me to be a 10-foot monster.

The main point of angst when it comes to transgender athletes is often this notion of the unfair advantage a transgender woman might have, as if a 10-foot player might suddenly be on the girls’ team.

People talk about that as if men are super-human, as if just because you were born with a penis, that means that you can defeat every single female. And that’s not true. This world values men. We value men. We value male bodies. We don’t value women … People need to stop placing limits on how strong people can or should be, and what their bodies should look like.

There is a strong connection between testosterone and generally being bigger, having more strength. How do you view that?

I’ve been taking testosterone for three and a half years. I am a little bit bigger. But just because I now have more body mass is not going to give me an advantage that I couldn’t get without practicing or without training.

Do you have advice for young athletes out there who might be considering coming out?

Make sure you have a positive support system around you. Come out only if you’re ready, and just because you come out does not mean that you have to come out to your entire team. You should be able to go to an athletic director or a coach … Also there is no right or wrong way to be trans.

In general, how do you feel about athletic policies dictating which teams transgender people play for?

You’re asking somebody who is all about the best athletes competing against the best athletes, regardless of gender. If you want to identify as being a gladiator, as queer, as gender nonconforming, I really don’t care. Are you going to make this basket when it counts? Sports is about winning. It’s about competing. It’s about respect. And it’s about how you play the game. It’s not about the body you’re born into.

What do you hope the audience will get out of watching The T Word?

I hope the audience will begin to see that trans people are human beings, who deserve to be treated with respect, just like anyone else.

Do you think America’s attitude toward trans people is changing?

Everyone’s attitude towards trans people is not going to change overnight, and for some they may never change, but I think as long as us trans folks continue to be our true selves, and fight for what we believe in, change will continue to happen whether people are ready for it or not. 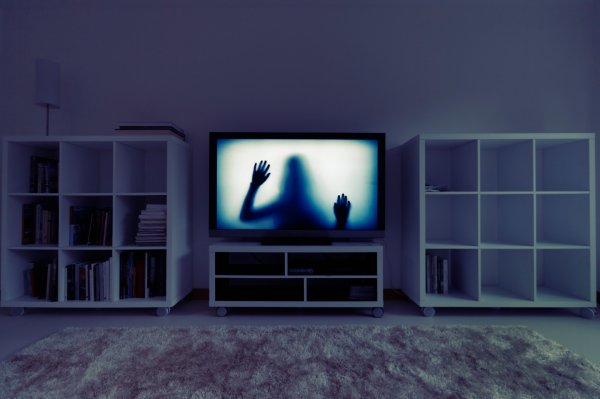