Health workers from the Liberian Red Cross wear protective gear as they shovel sand which will be used to absorb fluids emitted from the bodies of Ebola victims in front of the ELWA 2 Ebola management center in Monrovia on October 23, 2014.
Zoom Dosso—AFP/Getty Images
By Alexandra Sifferlin

The amount of treatment center beds and infection control resources needed to curb the Ebola epidemic in Montserrado County, Liberia vastly surpasses the donations pledged for the region from the international community, scientists say.

In a new report published in the journal The Lancet Infectious Diseases, researchers from Yale School of Public Health used modeling to compare estimates of case numbers in Liberia to currently available resources as well as those resources promised by international bodies. Their data show that without significantly scaled up efforts, there will be 170,996 cases of Ebola and 90,122 deaths related to the virus in Montserrado County by Dec. 15. But, the researchers say that if there’s a significantly ramped up effort that provides 4,800 treatment beds and a fivefold increase in detection and diagnostics in November, there could be 77,312 cases prevented by the same date.

Here’s the problem: The United States, for example, has only promised 1,700 beds to all of West Africa. Clearly, those numbers do not match up, making catastrophic projections for case and death tolls all the more realistic.

“While the window of opportunity for timely control of the Ebola outbreak has passed, the risk of catastrophic devastation both in West Africa and beyond has only just begun,” said study author Alison Galvani, a professor of epidemiology at Yale in a statement. “While vaccines to prevent Ebola remain unavailable, our study urges a rapid and immediate scaling-up of all currently available non-pharmaceutical intervention strategies to minimize the occurrence of new cases and deaths.”

But where is that scale-up going to come from? The answer is unfortunately unapparent. 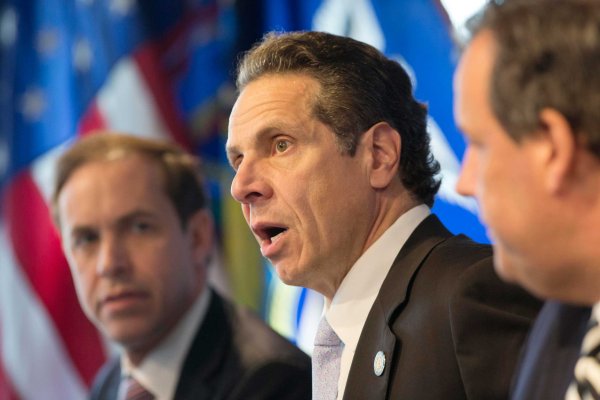