In Cable Ebola Coverage, It's the Story vs. the Facts

Israeli-US actor and musician, member of the band Kiss, Gene Simmons poses during a photocall for the TV serie "Gene Simmons" as part of the MIPCOM, on Oct. 14, 2014 in Cannes, southeastern France.
Valery Hache—AFP/Getty Images
By James Poniewozik

The guest on Friday’s Fox News’s panel show Outnumbered gave a damning assessment of the government’s response to Ebola, after a Manhattan doctor who had recently returned from West Africa was diagnosed with Ebola Thursday night. “In point of fact, we are completely unprepared for things like this,” the guest said. “We can’t even take the simple precaution of not letting anybody from a certain part of Africa come into America before you pass a health test. The fact that this doctor and this nurse [in Dallas] were just allowed to run around… is lunacy.”

The guest was Gene Simmons. As in Gene Simmons from the face-painted ’70s rock band KISS.

Now, I don’t mean to imply that Simmons lacks the medical authority to talk about Ebola policy. He did, after all, write “Calling Dr. Love.” He’s practically a diagnostic professional! But that comment summed up where a story like Ebola is eventually bound to go once cable news has had enough time with it.

In any breaking news incident, you have the facts and then you have the story. The facts are what happened. The story is why you care–the details, quotes, opinions and fears that make the facts juicy. In cable news, the story generally wins.

So Thursday night, the facts were: Someone in New York City had Ebola. Dr. Craig Spencer, who had been volunteering with Doctors Without Borders treating patients in Guinea, had come back to Manhattan. He’d followed the accepted guidelines for self-monitoring, checking his temperature twice daily, and watching, per the medical organization’s guidelines, for “relevant symptoms including fever.” When he detected a fever that morning–before which, he would not have been infectious–he went to the hospital.

But then there’s the story! The story was that the day before Spencer went to the hospital, he went bowling! He rode in an Uber vehicle! He went jogging and ate at a restaurant and walked in a park. He rode the subway–the crowded subway! None of this, according to medical science on Ebola, presented a danger from a nonsymptomatic person. But it felt wrong in people’s guts. And that makes a better story.

Thursday and Friday’s cable coverage showed plainly this struggle between story and facts. At times, the dichotomy was present in the words and images of the same report. Friday morning on CNN, the top-of-the-hour news noted that Spencer was not contagious, according to authorities, when he went out Wednesday–but only after it ran down the subway-taxi-bowling story and said the city was “on edge.” Anchor John Berman interviewed experts including Daniel Bausch of the Department of US Medical Naval Research, who said “it looks like everything was done right” in the Spencer case. The on-screen graphic: “EBOLA IN NEW YORK: REASON TO WORRY?”

The coverage, like so many stories, has also become an extension of partisan politics. There are midterms coming up: Republicans are invested in a crisis-of-confidence narrative while the Democrats must convey an everything’s-under-control narrative. So on Fox, Sean Hannity was hammering the government for being unprepared, and seemingly every host was hitting the refrain that Spencer was “fatigued” when he went out Wednesday. MSNBC, on the other hand, emphasized the low risk this case posed to New Yorkers along with the generally positive response to New York’s public-health response to date.

As for CNN under Jeff Zucker, it is biased as always toward the juicier story. In a noontime report, correspondent Jean Casarez noted that an NYPD team had photographed some trash outside Spencer’s apartment, and then left. “So it’s still sitting out there right now?” Banfield asked, adding that she’d seen police throwing latex gloves into street trash. Had the gloves been anywhere near any dangerous fluids? Is any of that trash an actual risk? Who knows? There was no further information. But the detail sounded spooky, so the report just left it sitting there, like the recycling bags on the curb.

By midday Friday, the general tone of coverage shifted to one that was less anxious, partly because better news had broken: Dallas nurse Nina Pham was declared Ebola-free in her recovery, and Spencer, it turned out, had not had the 103 degree fever first reported Thursday night, but a much lower 100.3-degree fever–undercutting the insinuations that he might have been sicker on Wednesday. Then too, there seemed to be a growing awareness that Spencer had, after all, contracted the disease by risking his life to help others, and it was maybe unseemly to present him as some kind of arrogant bowling menace.

For now, the news fever seemed under control. But it was a reminder all the same. Ebola may only be spread through contact with infected bodily fluids. Fear and anxiety are much more easily transmitted, through the air. 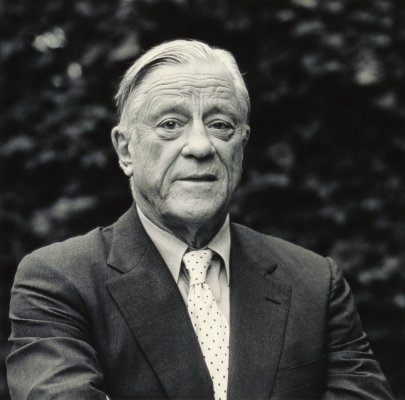