In this frame grab taken from video provided by the New York Police Department, an unidentified man approaches New York City police officers with a hatchet, Thursday, Oct. 23, 2014, in the Queens borough of New York.
AP
By Rishi Iyengar

A man was shot and killed in Queens on Thursday after he attacked four New York Police Department officers with a hatchet.

The assailant, who is yet to be identified, was seen taking the hatchet out of a backpack before assaulting the rookie officers around 2 p.m., the Associated Press reported.

One of the officers blocked the first swing of the hatchet with his arm, while the second took a serious blow to the head. The other two officers then drew their guns and fatally shot the attacker, with a stray bullet also wounding a woman standing nearby who has now been hospitalized.

The New York Times reported that the officer who was struck in the head is 25-year-old Kenneth Healey. Police Commissioner William Bratton said in a news conference that Healey had received “a very serious injury to the backside of his head” and was in critical but stable condition.

The man did not say anything to the officers before attacking them, and Bratton said a motive for the attack was still being established. The commissioner also said the officers were posing together for a photograph requested by a pedestrian when the attack occurred. 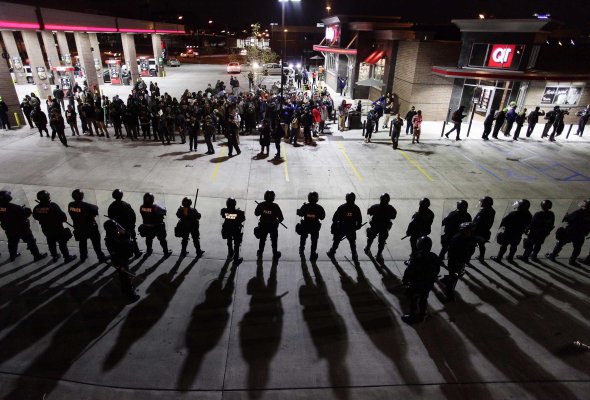