The Islamic State of Iraq and Greater Syria (ISIS) is the “best-funded” terrorist organization the U.S. has ever confronted, the Treasury Department’s top official for combating terrorist financing said Thursday.

Speaking at the Carnegie Endowment for International Peace on Thursday David Cohen, the under secretary for terrorism and financial intelligence at Treasury, outlined a multi-pronged strategy for cutting off ISIS’s access to resources — including as much as $1 million per day in oil sales.

Touching on a topic of heated international debate, Cohen also called on foreign governments to refuse ransom payments to free their kidnapped citizens from terrorist groups.

Because ISIS “poses a different terrorist financing strategy,” than other terror groups, the strategy against it has to look different, Cohen said. Unlike other major terrorist organizations such as al-Qaeda, which are primarily reliant on wealthy donors, ISIS gets most of its funding not from the illegal market sale of oil, as well as from ransoms and extortion.

Although ISIS conducts most of its business on the black market, Cohen said the Treasury Department can disrupt the group’s finances by identifying and targeting people who operate within the legitimate economy but who also trade illegally with ISIS.

“The middlemen, traders, refiners, transport companies, and anyone else that handles [ISIS]’s oil should know that we are hard at work identifying them, and that we have tools at hand to stop them,” Cohen said during prepared remarks.

The U.S. government is prepared to impose financial sanctions on both ISIS’s leadership and its financial donors. Cohen said Thursday that two individuals were sanctioned in late September, including a military commander and a person who arranged a $2 million donation to the organization. But the effort will take time, Cohen noted, and will require “cooperation and collaboration with partners in the region,” including private sector banks in Iraq and Syria that might be used to store ISIS cash.

He also urged more countries to refuse ransom payments when their citizens are kidnapped. “If we are to protect our citizens and avoid bankrolling our adversary, every country must adopt and implement a no-ransoms policy,” Cohen said. The U.S. does not pay ransoms for kidnapped citizens, even in cases of threatened execution. Some European governments have reportedly paid millions to free hostages from ISIS and al Qaeda.

“[ISIS] has a fair amount of money today, but what’s important is that we do everything we can to make sure it’s not recurring revenue,” Cohen said. He added that, although ISIS generates an estimated $1 million per day from illegal oil sales, even that figure isn’t enough to meet the needs of the people living in the vast territory the group controls. In areas where ISIS now operates, he said, the Iraqi government’s budget surpassed $2 billion this year.

But he counseled patience as the financial prong of the war on ISIS unfolds in tandem with U.S.-led air strikes against the Sunni radical group.

“This is not going to be an exercise where we can at the end of every month produce a balance sheet,” Cohen said. “This is going to be a steady effort to degrade financing over time.” 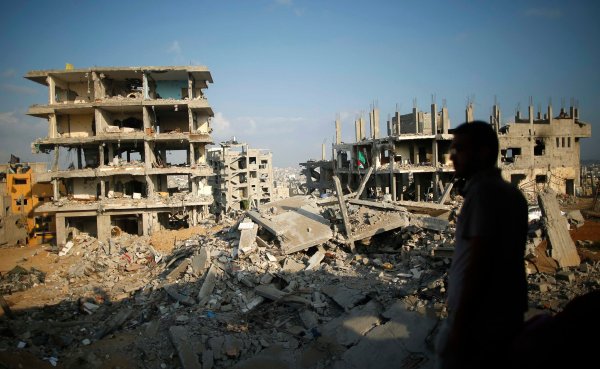 Kerry Pledges $212 Million in U.S. Aid to Gaza
Next Up: Editor's Pick