7 Famous People Who Surprised Us by Speaking Chinese

When Mark Zuckerberg gave a Q&A in Mandarin Chinese, the Facebook founder left his audience of Beijing college students—and the rest of the world—stunned and impressed.

Zuckerberg, who was visiting Tsinghua University after being appointed to its board, said he began studying Chinese in 2010 because his wife, Priscilla Chan, comes from a Chinese background. When he was planning to propose, he even asked his Chan’s mother in Chinese for her daughter’s hand in marriage. Some are speculating that Zuckerberg’s Chinese—clunky and off-tone, but nonetheless capable—is also a way to win over the Chinese government, which has blocked Facebook among other American social media networks.

Here are some of the famous people who have surprised us through their dexterity with a language so challenging for English-speakers to learn, the U.S. Defense Language Institute ranks it as most difficult (alongside Japanese, Korean and Arabic).

The British actor shocked audiences when she began speaking fluent Chinese during an episode of Entourage and in the film Suburban Girl. Branch also starred in a Chinese feature film called Milk and Fashion. The film’s director told the Shanghai Daily that she was “the first non-Asian Hollywood actress to star in a Chinese-speaking lead role.” Branch learned the language while studying at Middlebury College, where she double majored in theater and Chinese, she told Arude Magazine in an interview.

Australia’s former Prime Minister Kevin Rudd majored in Chinese at the Australian National University of Canberra, and then continued his studies in Taiwan. He has delivered speeches in fluent Chinese and also conducted Q&As in Chinese. The humble politician once told an interviewer that his “Mandarin is really bad, and it’s getting worse and worse.” And yet he still managed to conduct the entire interview fluently with excellent pronunciation.

The Canadian performer known by his Chinese stage name, Dashan, isn’t that well known in the West. But he’s a household name in China known for his acting, comedy and hosting gigs done in his native speaker level Mandarin. Rowswell learned Chinese as a student at the University of Toronto before moving to Beijing to study at Peking University. He rose to stardom after performing a skit in Chinese on CCTV’s 1988 New Year’s Gala, a Chinese television broadcast viewed by nearly half a billion people.

Hoover is the only U.S. president to be proficient in Chinese, which he learned after he moved to China with his wife, Lou Henry Hoover, after they graduated from Stanford, according to the Hoover Association. They lived there for nearly two years while Hoover worked as a mining engineer. The future First Lady was more fluent than her husband, and when they moved into the White House, they occasionally conversed in Chinese if they didn’t want others to hear them.

Golden Globe winner Mira Sorvino hasn’t spoken Chinese on camera, but the Mighty Aphrodite Oscar-winner studied the language at Harvard, where she majored in East Asian Studies. In August, Sorvino said on her Reddit AMA in response to whether she was still fluent in Chinese that “It’s mamahuhuda. Which means ‘so so’ or ‘half-horse, half-tiger.'”

The half-black, half-Chinese singer sparked a nationwide discourse on racism in China after competing on Go! Oriental Girl, a Chinese reality TV singing competition. Jing, who was born and raised in China, spoke and sang in perfect Chinese, flooring people who assumed she wasn’t actually from China. Dubbed the “Chocolate Girl,” she took the stage after being eliminated to tell audiences not to judge her by her skin color: “I think I’m the same as all the girls here, except for my skin color,” she said. “We share the same stage, and the same dream.”

Read next: It’s a Long Way to the Top (if You Wanna Be a Uighur Pop Star) 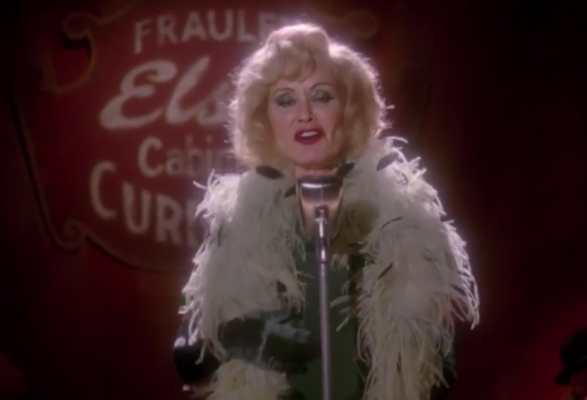