Kenneth Wainstein, lead investigator into academic irregularities at the University of North Carolina at Chapel Hill, holds a copy of his findings following a special joint meeting in Chapel Hill, N.C., on Oct. 22, 2014
Gerry Broome—AP
By Sports Illustrated / Ben Estes

The University of North Carolina at Chapel Hill released the report on its latest investigation into alleged academic fraud on Wednesday.

The report details how a lack of oversight allowed Department of African and Afro-American Studies administrator Deborah Crowder and former chairman Julius Nyang’oro to create so-called “paper classes.” In these classes, students received high grades with “little regard” for the quality of their work.

Nyang’oro and Crowder have been implicated in previous probes into the situation for steering athletes into the aforementioned classes, an issue that was found by a 2012 probe to have dated to the 1990s. This latest investigation was conducted by former federal prosecutor Kenneth Wainstein at the request of the university.

While Wainstein’s report still places most of the blame for the fraud in the department at Nyang’oro and Crowder​, it points to the surrounding culture at North Carolina for allowing it to happen. Wainstein mentions that athletes’ academic counselors directed them to take the classes in question, that there wasn’t sufficient external review of the department and that a belief within the school that fraud couldn’t happen there prevented proper oversight.

Wainstein told reporters Wednesday that Crowder, who was largely responsible for creating the fraudulent classes, was motivated by a belief that UNC’s athletes weren’t being supported by the university.

University chancellor Carol Folt said that disciplinary action will be taken against those connected to the probe.

Wainstein said he has shared his report with the NCAA, which announced this summer that it had re-opened its investigation into North Carolina after new individuals were available to talk to investigators for the first time.

In the report, Wainstein says current North Carolina basketball coach Roy Williams became uncomfortable with the nature of the classes in question and attempted to steer his players away from the department. Former star Rashad McCants accused the school of fraud earlier this year. McCants chose not to speak with Wainstein’s investigation.

A previous NCAA investigation resulted in a postseason ban for the football team in 2012 and a loss of scholarships. Wainstein’s report describes academic counselors recommending the department’s classes to football coaches.

From a joint statement released by North Carolina and the NCAA:

It’s unknown when the NCAA’s investigation will be concluded. 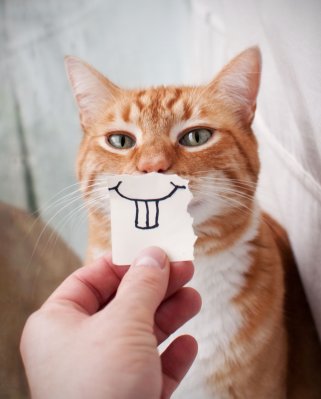 What Makes Something Funny? Can Humor Improve Our Lives?
Next Up: Editor's Pick