Here's What Would Happen if Ebola Was Stolen From a Lab

Scientists routinely study deadly pathogens like Ebola in order to find ways to fight them and discover potential cures. But what would happen if a sample of Ebola was taken from a lab illegally?

Under federal regulations, Ebola is considered a “select agent and toxin” that has the “potential to pose a severe threat to public health and safety,” and it’s illegal to possess, use or transfer a deadly pathogen to another individual without a certificate from the U.S. Department of Health and Human Services, says John Kraemer, an expert on infectious diseases and the law at Georgetown University’s Department of Health Systems Administration. Obtaining that certificate requires meeting a set of biosafety and biosecurity requirements. And the penalties for failing to do so can be steep.

The government has levied fines of hundreds of thousands of dollars to laboratories that have violated the select agent regulations. In 2008, HHS docked Texas A&M University $1 million for safety violations at its biodefense lab. Individuals who steal a disease sample could face similarly steep fines and time behind bars. Under federal law, HHS can fine a person up to $250,000 for each violation and can recommend imprisonment of up to five years.

But there is an additional layer of sensitivity to handling Ebola. The CDC considers viral hemorrhagic fevers, which includes Ebola, a Category A bioterrorism agent. And since 2001, several bioterrorism laws have strengthened criminal penalties against those who attempt to commandeer them. The Patriot Act in 2001 created a provision banning the transfer of a select agent like Ebola, and the Bioterrorism Act of 2002 gave more authority to the HHS to regulate those agents and diseases.

In September, the Obama administration issued new regulations for federally funded labs that work with contagious diseases like Ebola. Some researchers have criticized the guidelines as not being strong enough over fears that the pathogens, which are often made stronger in a lab, could potentially be used as bioweapons.

Kraemer says two scenarios could likely play out if Ebola samples fell into the wrong hands. If a researcher acquired Ebola for misguided research, for example, then they would likely get fined by HHS and could be sentenced to five years in prison.

“If however someone broke into a hospital to steal Ebola for some other reason, it’d be at least 10 years,” Kraemer says. “If someone acquires Ebola with an intent to weaponize it, then they can get life in prison. And, of course, if you actually use Ebola as a weapon, you can be prosecuted under federal anti-terrorism laws, with penalties up to the death penalty.”

Given the security required at labs authorized to handle potential biological weapons, as well as the risk that someone stealing a pathogen may also become infected by it, those latter scenarios are highly unlikely.

“Stealing an Ebola sample would be extremely dangerous because the thief would face a significant risk of exposure,” says Robert Field, a professor of law at Drexel University. “Other pathogens would be safer to steal because protection is easier.” 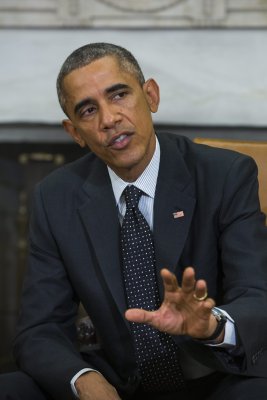 Obama 'Cautiously More Optimistic' About Ebola
Next Up: Editor's Pick