Predict Who Will Win the Senate in 2014

By Michael Scherer and David Johnson

The professional election handicappers in Washington and New York are trying to cut you out of the process. They are using their fancy number machines to predict which party will control the U.S. Senate next year. The Washington Post says Republicans have a 91% chance of getting at least 51 seats, while the The New York Times and ESPN’s Nate Silver say there is a 63% chance.

But you shouldn’t let them do it alone. In America anyone can handicap an election. We’ve provided each candidate’s political strength and liabilities. And we’ve left out the political party to make you think harder about the individual candidates. So have at it. Tell us all who is going to win in each of the next ten races, and we’ll tell you who will win the Senate. Then share on Twitter and Facebook. 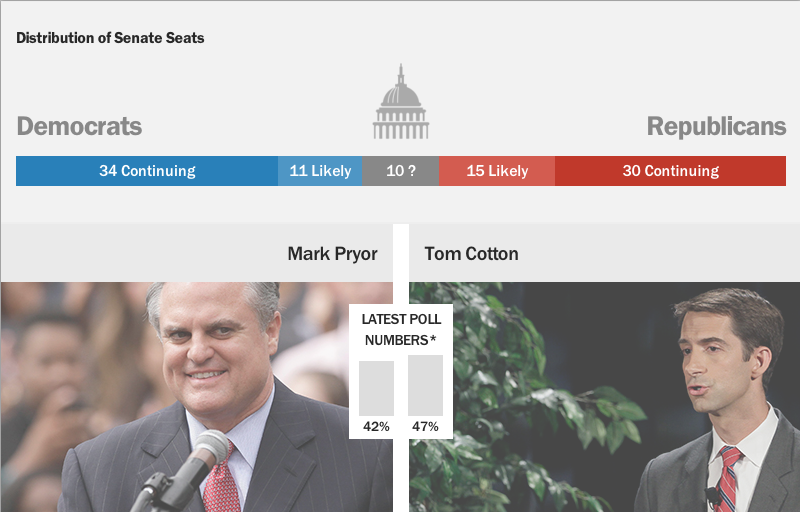 Morning Must Reads: October 28
Next Up: Editor's Pick