You Don't Have To Understand Music To Feel Its Power

The Sonic Boom
Ideas
By Joel Beckerman and Tyler Gray

Joel Beckerman is an award-winning composer and producer for television and the founder of Man Made Music, a company specializing in sonic branding. Beckerman has worked with John Legend, will.i.am, Moby, OK Go, Morgan Freeman, and the composer John Williams.

You might know that the Super Bowl on NBC has its own theme. You might even be able to hum regular-season game-night music from Fox, NBC, or ESPN, but odds are you’re not paying strict attention to all of the supporting pieces of music in those broadcasts. You might realize you’re hearing versions of the Super Bowl on NBC theme pop up before commercials or as the show returns from a commercial break, but you probably aren’t aware of how instrumental those bits of music are in keeping you engaged and transforming the Super Bowl into a universally relatable drama. You don’t have to understand it to feel its power.

“Music is one of the highest forms of entertainment that I know,” Fred says. Neuroscience and brain imaging back this up. Sukhbinder Kumar, a staff scientist with Newcastle University’s Auditory Cognition Group whose interest is sound and emotion, has repeatedly found in studies that music is a powerful trigger in all kinds of experiences. “There’s nothing like it that evokes such strong emotions,” he says.

You might not even realize you’re hearing them, but key moments of music are setting expectations and telling you what’s at stake. They’re establishing mini-cliffangers and recapping and reinforcing important plot twists. That way, even viewers who never watch a single regular-season football game don’t feel lost and still want to come back after those four-million-dollar commercial breaks. On a functional level, musical moments let you keep track of the drama even when you’re not looking at the screen. The Super Bowl fanfare cuts through a room, finds you in the kitchen, and tells you: Drop the nachos; the action’s back.

On a deeper level, music highlights and elevates the moments that build on the Super Bowl legacy, so you feel them as they happen. The right music at the right time takes a play you just saw and makes you feel like you’ve witnessed history. And it makes you feel all of this precisely when you need a reason to stay in the story. It’s the same tool directors use to keep you on the edge of your seat during a film or to support key emotional moments that drive the most complex plots forward. “If you talk to any director, they’ll say music is fifty percent of the movie,” says the film composer Hans Zimmer.

His score played a vital role in Christopher Nolan’s Inception, a movie, coincidentally, about implanting ideas in people’s minds. The 2010 film was nominated for seven Academy Awards and won for cinematography, visual e)ects, sound mixing, and sound editing, despite having an intricate plot that involved alternate realities, time-shifted dimensions, and dreams within dreams within dreams.

“Music is how you can get away with a very abstract story liked that,” Zimmer says. “It was a subliminal way to take you on that journey. It was emotionally comprehensible even if you somehow missed the odd line or intellectually you have a problem rolling with it, which is okay. Music just turns everything into an emotional experience.”

On NBC, the Super Bowl becomes Star Wars. That’s mostly because of its theme, “Wide Receiver,” composed by John Williams, who scored Star Wars, Jaws, Close Encounters, and just about every other award-winning film that generations of people remember. You need to hear only a note or two to recognize it. As Fred Gaudelli put it, “Right off the bat, you’re starting with a pretty heavy piece of music.”

That’s also where I come in. For the 2012 broadcast, NBC asked me and my company, Man Made Music, to give Williams’s beloved score a number of overtly modern twists.

In 2012, the ad prices were higher and the ratings expectations were larger. NBC execs were looking to retain the DNA and the popularity of the original score but modernize the style and extend the theme. They had their regular-season music but needed more to draw from for the Super Bowl, which told a dramatically bigger story with an epic scope. Williams had written a beautiful and timeless theme. My job was to make it of the moment. The Super Bowl itself is timeless, but with every new Roman numeral, it builds on the collection of moments. It is a real-time unveiling of players on their way to becoming MVPs or even the greatest of all time. And it’s not just their Hail Marys and game-changing marathon runs but all of the universal emotions that go along with those plays. Those moments had to instantly make sense to viewers who didn’t know a noseguard from a tight end.

Emotionally moving sounds have to fit in three-to-fifteen-second spaces during the broadcast. In those snippets, they have to spark feelings and memories you associate with years’ worth of Super Bowl experiences — not just what happened onscreen but the time of year, the lingering winter chill in the air, the friends gathered around a single TV, the celebrations before and a&er the game. Sound like a tall order? It’s not for music, even in those short-form bursts. Cognitive psychologist and Western Washington professor Ira Hyman has published research on this particular power of music, memory, and emotion, and he has written regularly on the topic for Psychology Today.

“Songs that are distinctively associated with a time period or a series of events . . . can act as wonderful memory cues to both bring to mind those memories and then to also bring to mind not only the emotion experience of the time but that sense of nostalgia,” Hyman says, citing studies that have found positive correlation between emotion and memory.

Not only is music an emotional engine, it’s a Magnum V-8 that gets mileage like an EV.

But for the Super Bowl on NBC, we couldn’t just come up with more music. My team and I had to tap into the right styles of music that would acknowledge a new generation of watchers. The new styles would build on a sonic vocabulary. And it couldn’t sound like pandering. We had to connect with new viewers and be relevant in that cultural moment, meaning we had to infuse a whole range of musical styles into John Williams’s original composition and extend it with rock guitars, hip-hop drums, electro beats, and, yes, dubstep.

But most important, we had to be true to the work and evoke a wide variety of emotions to cover all the anticipated story points of the game: tension, triumph, optimism, driving energy, and others. It was like scoring a movie before it’s been filmed. On top of everything, our music would have to cut through the roar of a crowd and sync with the narration of commentators Al Michaels and Cris Collinsworth. And we had relatively few chances in a mere two-hour, thirteen-minute, forty-four-second broadcast (not including commercials) to drive forward an entire spectrum of emotions.

Excerpt from The Sonic Boom: How Sound Transforms the Way We Think, Feel, and Buy by Joel Beckerman with Tyler Gray, published by Houghton Mifflin Harcourt. Copyright © 2014 by Man Made Music, Inc. Used by permission of the author. All rights reserved.

Joel Beckerman is an award-winning composer and producer for television and the founder of Man Made Music, a company specializing in sonic branding. Beckerman has worked with John Legend, will.i.am, Moby, OK Go, Morgan Freeman, and the composer John Williams. 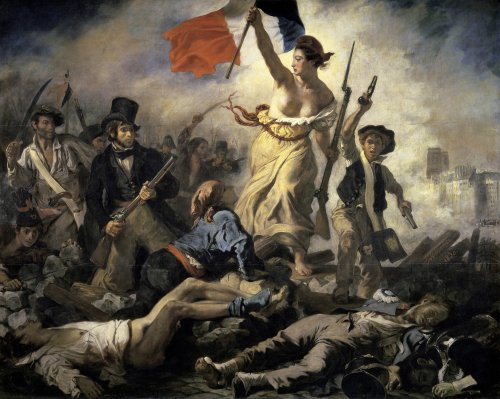