The San Francisco Giants thrashed the Kansas City Royals in the opener to the 2014 World Series, stealing a 7-1 win and disappointing Royals fans who have waited 29 years to see their team in the championship.

The much anticipated Game 1, played at Kansas’ Kauffman Stadium, boasted an intriguing mix of odds for the two wild-card teams: the Royals were the slight favorite to take the World Series title in the seven-game series, but the Giants were the favorite in Game 1, despite the Royals’ home-field advantage, USA Today reports.

Snatching an early lead, the Giants scored twice in the top of the first inning — a predictable start, since the team has taken the first point in seven straight World Series games. San Francisco then sailed through the rest of the game, albeit for a brief Royals rebuttal in the top of the 6th, with Salvador Perez home-running to the team’s first and last point. SB Nation reported that two Royals fans fell asleep in their up-to-$1,000 seats during the home team’s somnolent game.

Still, the odds bode less well for San Francisco when broken down by road vs. home teams: the Giants are the 46th road team to win World Series Game 1, and just a third of the previous 45 winning road teams went on to win Game 2.

The loss put a stop to the Royals postseason winning streak at 11 wins, falling short one win of the all-time record held by the Yankees.

The teams will face each other again on Wednesday night in Game 2. 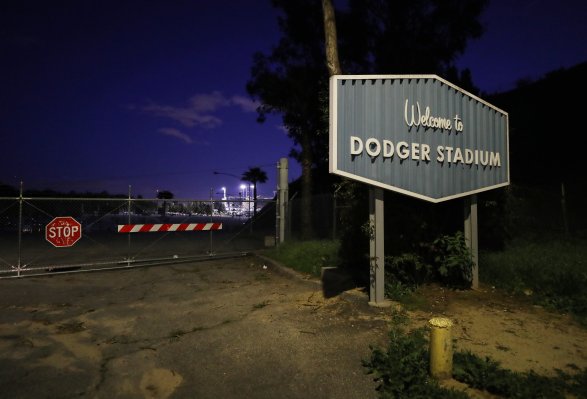