Monday’s Google Doodle honors the birthday of Dorothy Height, an unsung hero of the Civil Rights and feminist movements who is widely credited with bridging the gap between the two.

Height sat on the stage behind Martin Luther King Jr. as he gave his famous “I Have a Dream” speech. She co-founded the National Women’s Political Caucus with Gloria Steinem and Betty Friedan. She has received the Presidential Medal of Freedom and the Congressional Gold Medal, the two highest honors awarded to an American civillian. She also stood on as Barack Obama was inaugurated in 2009, and Obama called her the “godmother of the civil rights movement” after her death in 2010.

Height made major contributions to both the civil rights movement and the women’s liberation movements of the 1960s and 70s, but was often marginalized in each movement because of her race and gender. She helped organize Dr. King’s March on Washington, yet was not asked to speak along with the male civil rights leaders. She was accepted to Barnard College in 1929, but was not able to enroll because she was black. She went to New York University instead, where she earned a bachelor’s degree in education and a master’s in psychology.

After graduation she began to work with the YWCA, where she fought to to expose the exploitation of black women working as domestic day laborers in what were commonly known as the “slave markets.” The women would gather on street corners in Brooklyn and the Bronx and would be hired for 15 cents an hour by white suburban housewives who were cruising for cheap labor. Height’s crusade brought public attention to the “slave markets,” and drove them underground (although they later re-emerged.) She also oversaw the desegregation of the YWCA, and founded the Y’s center for Racial Justice.

She organized many programs to strengthen racial ties, including “Wednesdays in Mississippi,” a program that flew interracial groups of Northern women to meet with black and white women in Mississippi, and “Black Family Reunions,” which were large, celebratory gatherings dedicated to celebrating the culture and traditions of the black community. 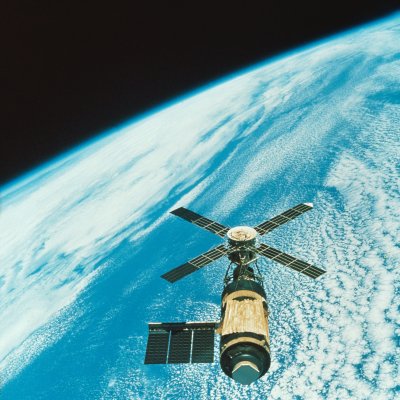 Farewell to a Cosmic Mr. Fix-It
Next Up: Editor's Pick