Lulu — an app that allows women to rate men as if they were consumer goods, including hashtags ranging from the good (#SelfMadeMan) to the gross (#PornEducated) — has now opened up the lines of communication between female and male users. After three weeks of beta testing, the two-year-old app launched its Truth Bombs feature Wednesday, which allows men to anonymously ask women questions. This feedback just might be what they need to raise their Yelp-like score.

“This is the first time we are doing any messaging,” said Lulu co-founder Alison Schwartz. “How it works is guys can ask an anonymous question or test out a theory they want to test out with women, some sort of query, and then they get instant feedback from millions of girls.”

The new feature pointedly marks the evolving relationship Lulu has with its million-plus male users. When the app launched in Feb. 2013, it was advertised as a secret, ladies-only space to swap information about former male relations. Bros stole glances at female friends’ phones and attempted hacks to see how they were doing. After a slew of Internet backlash (and anti-Lulu petitions) deriding the app for inciting bullying and gender-based double standards, Lulu made the experience more male-friendly in 2014 by having a policy where men had to opt-in and give their full permission to be reviewed. In May, the male-outreach went a step further and Lulu allowed men to check their scores, giving them tips and affirmations. (“Girls love your kissing.”)

And now, men can go straight to the source and ask women questions. But what have the men been asking? During the beta test, these were the most popular questions verbatim (there are some pretty bad typos), some of which led to 2,500 responses, although most questions average 15 replies:

Um, woah. Some of these misspelled questions about “loosing” virginity (“Freudian slip?” asked Scwhartz) are just the type of sophomoric musings you’d expect from a dude who gets to anonymously crowdsource information from anonymous women. But when asked how the women were responding to the questions, Schwartz said, “They are meaningfully answering what the guys are asking about. They are trying to be really helpful.”

And there are moderation protocols — “we have designed a product against bullying,” said Scwhartz — to keep things clean, relatively. Although of the 60,000 Truth Bombs that were asked during the three week beta test, averaging some 100 Truth Bombs an hour, only 800 were flagged.

For now, the messaging option is all anonymous and each thread is limited to one guy (the one who posed the question) and millions of female users. Although other men can view the threads, they can’t participate in the conversation.

“But we see on the app that there’s interested in moving to a one girl one guy dynamic,” said Schwartz. Could the next step in Lulu be one-on-one communication, perhaps enabling dating? “Anything is possible, but we would do that in a way that this is very true to Lulu.”

This Map Shows What Guys Are Like in Each Major City 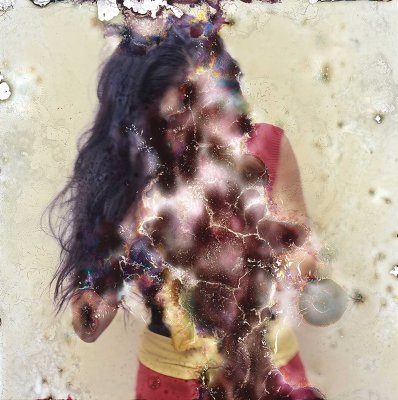 These Very Weird Portraits Are Actually Alive
Next Up: Editor's Pick